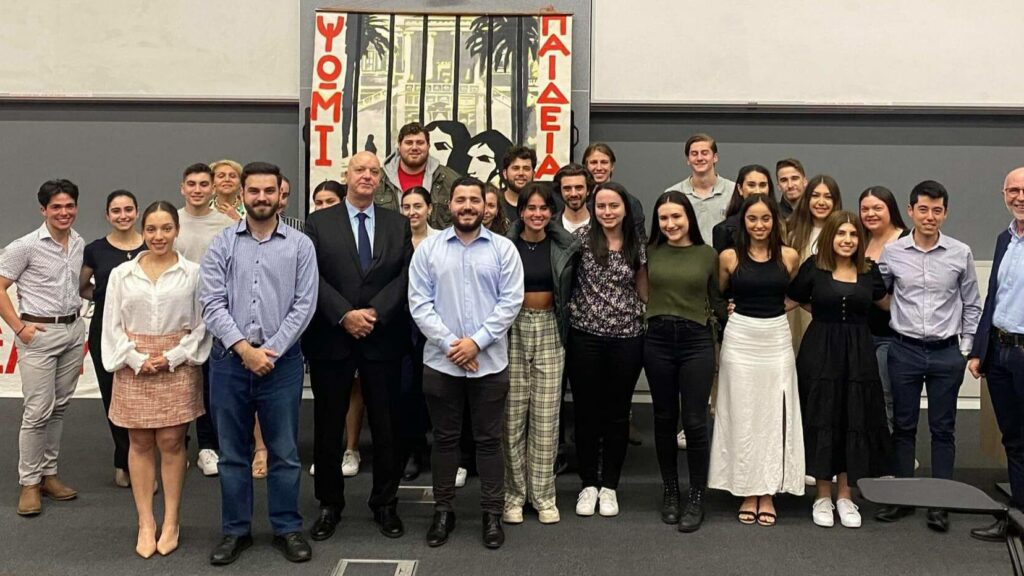 The Combined Universities Greek Association (CUGA) commemorated the 49th anniversary of the Athens Polytechnic uprising, hosting a standalone event dedicated to the protest for the first time in three years.

The four Greek student societies of Sydney’s major universities came together on the evening of Thursday 17 November to remember the sacrifices of those who fell at the hands of the military junta in 1973.

In a statement issued by CUGA, the Greek-Australian students declared that they “feel an obligation to observe this moment in history, and raise awareness among the diaspora youth of important events in modern Greek history.”

After a COVID-induced hiatus, CUGA noted they were once more in a position to run a student-led event dedicated to the uprising, after having continued their contribution at the community-led commemorations organised by the Greek Community of NSW during the pandemic.

The keynote speaker of the evening was Associate Professor Anthony Dracopoulos, of the University of Sydney’s Department of Modern Greek Studies, who presented a talk which explored both the historical context leading up to the uprising, as well as providing a personal account of how he experienced it as a child.

The evening was hosted by emcees Dimitri Kallos, President of UTS Hellenic and Zoë Re, President of Macquarie University Greek Association (MUGA).

Kosta Plegas, President of Sydney University Greek Society, read out the chronicle of the events that took place in the days leading up to 17 November 1973.

Three poems were also read out by students which were as follows:

The commemoration was attended by many of Sydney’s Greek-Australian community including Konstantinos Giannakodimos, Nia Karteris, Vice President of the Greek Orthodox Community of NSW, and many others.

The students of CUGA will also be in attendance on Sunday 20th November for the Commemoration held at the Greek Community Club in Lakemba.