PRONIA elects new board of directors at AGM

Maria Axiotis named volunteer of the year for 2022 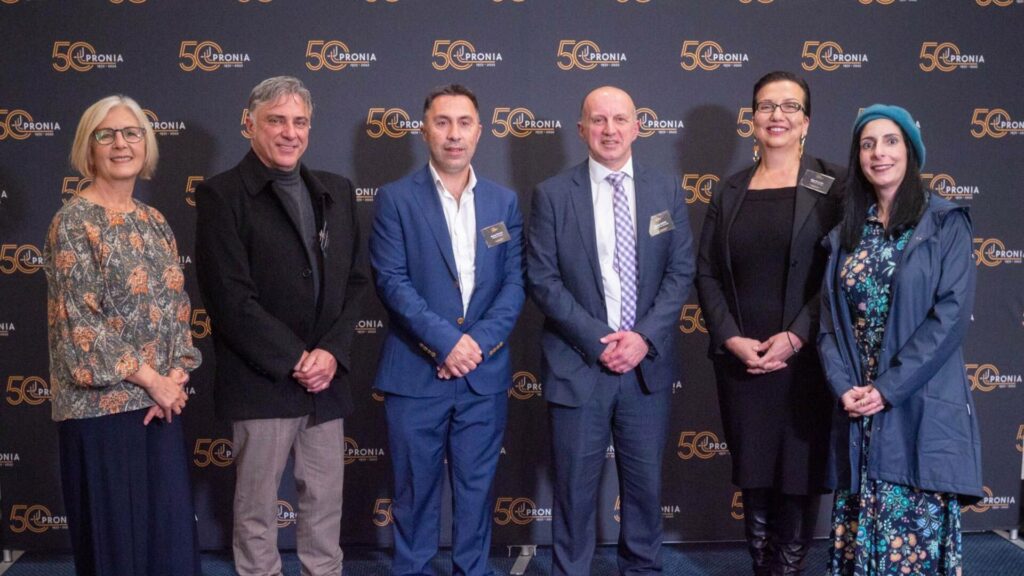 The new board of directors. Photo: Supplied

PRONIA held its annual general meeting (AGM) on Wednesday, 16 November in the presence of 100 members and friends of the organisation who gathered to celebrate its achievements over the last 12 months and the contribution that PRONIA has made to the community over the last 50 years.

The AGM also provided members of the organisation with an opportunity to elect a new board of directors with seven positions declared vacant from a total of 11 candidates.

PRONIA also announced its Volunteer of the Year 2022, Maria Axiotis.

An active PRONIA volunteer since 2000, Mrs Axiotis has been dedicated to her volunteering work tirelessly for 22 consecutive years. She has never let obstacles in the way of visiting her clients and continues to have the same enthusiasm and commitment to her work.

Mrs Axiotios mentioned in her speech that her volunteer work with PRONIA gives her a more meaningful life and she makes the difference in many people’s lives.