The stolen Holden Monaro worth $100,000, belonging to late Greek Australian man, has been found

With the recovery of his car, Nicholas Panopoulos’ last wish can also be fulfilled 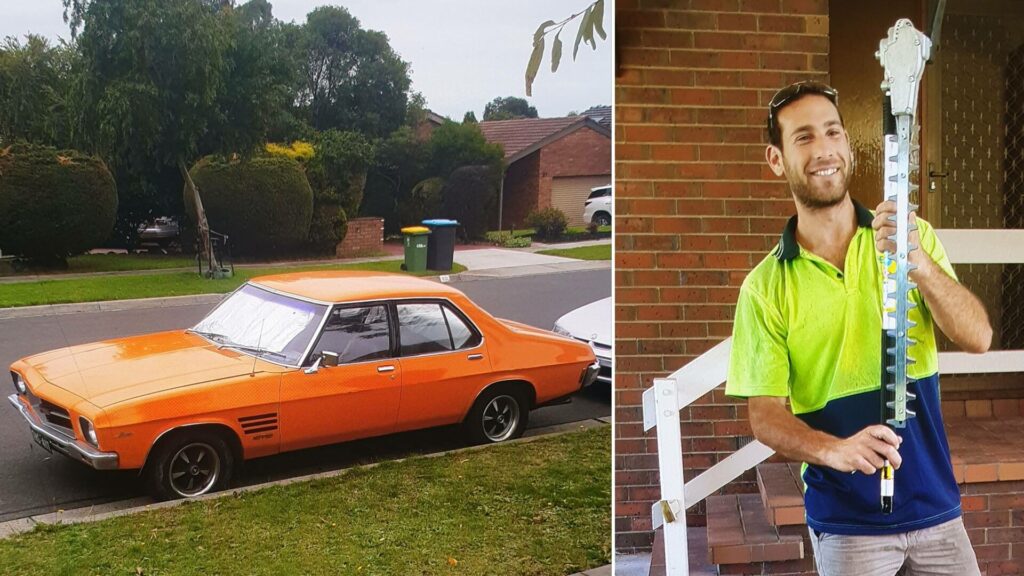 The distinctive 1974 orange Monaro GTS. Nicholas Panopoulos (right) had said before his death that he wanted to sell the car and donate the money to charity, Beyond Blue or Lifeline. He wanted that to be part of his legacy. Photos: Supplied

A stolen Holden Monaro belonging to a young Greek Australian man who passed away a year ago, was recently recovered by the police from a property in Truganina.

The distinctive 1974 orange Monaro GTS, worth $100,000, was stolen in June from a carport in Ringwood and was of particular sentimental value to the family the young man left behind. He was only 36-years-old when he passed away in November 2021.

His father Con Panopoulos told the Herald Sun that his son Nicholas owned the car for years.

“It’s sentimental and it means a lot to us… it represents our son and it’s our way of remembering him.”

There were so many people, particularly Greeks in Melbourne, who joined the effort to help track down the stolen vehicle, when they read the story, the late man’s brother-in-law, David Makris, told Neos Kosmos.

“Everyone who heard the story tried to help, so we felt the need to let them know that there is a positive ending. The car has been found.”

“Nick loved his car,” Markis added. “He got it when he was probably around 19-20 years old. It was everything to him. He always loved those old style cars. He didn’t get a chance to get married and have a family, he was a single guy when he passed away. And that car was so special to him. He had said that he wanted to sell the car and donate the money to charity, Beyond Blue or Lifeline. He wanted that to be part of his legacy.”

A few days ago marked one year since the passing of the young man, and Makris recalls with emotion that apart from being a classic car enthusiast, Nick was so much more than that. “Nick was one of a kind. He was an amazing young man with a brilliant sense of humour and impeccable integrity.”

With the recovery of the car, his last wish can also be fulfilled.

Earlier in November officers from Maroondah crime investigation unit had a breakthrough, and succeeded in recovering the rare Holden Monaro from a property in Truganina.

Another allegedly stolen car, a Toyota Hi Lux worth $50,000 was also recovered, according to Detective Senior Constable Paul Cosgrove.

A 32 year old man from Melton was arrested and charged with two counts of handling stolen goods. He was released on bail and will appear in court next April.