Vote for the Hellenes in the state election

Prof. Anastasios Tamis is asking Greek Australians in Victoria to ensure they elect Greeks in the state elections above partisan party politics 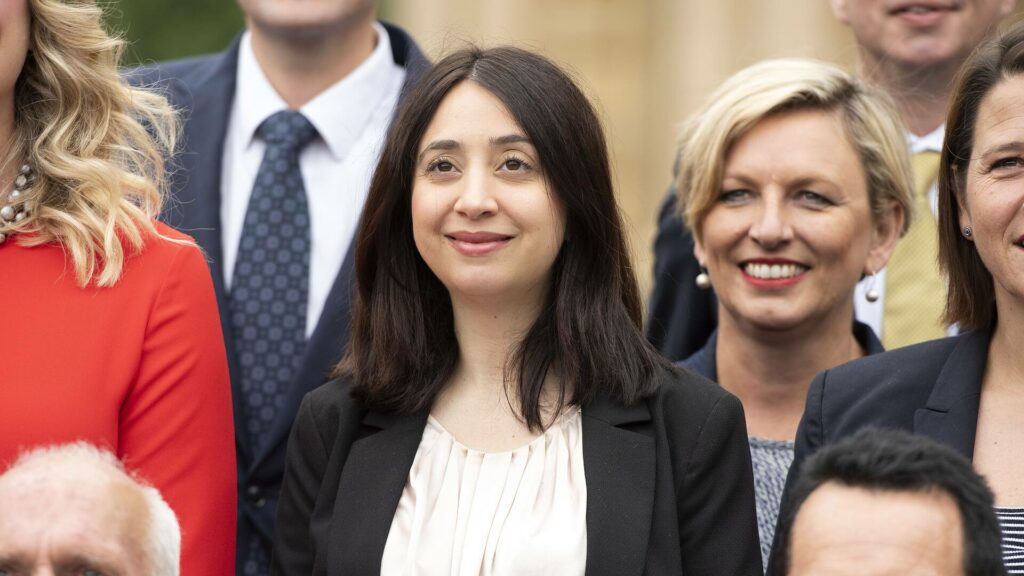 Northcote's Kat Theophanous (centre) won back the seat from the Greens and is looking to hold it in 2022. Photo: AAP/Ellen Smith.

Hellenism in Australia is at a turning point, as it emerges from the aging era of the first generation. It still needs capable politicians at all levels of government – federal, state, and local – to meet social and economic challenges of our time.

The rise of the second and third generation Hellenes in the Australia’s politics has differentiated the ideal. The first generation of politicians elected to the the federal and state parliament was concerned with immigration, settlement, and social support for immigrants and their children. It was the struggle for rights, in society as immigrants who fought against the chauvinism of the Anglo mainstream.

Post-2000, the children of immigrants – often the third generation – emerged in the political scene as candidates and revised the issues of the struggle. Migration and settlement were no longer priorities. The political fight was now about preserving the acquis, upgrading the achievements, enriching them and fulfilling Australia’s egalitarianism.

Hellenism has one of highest levels of integration in relation to all others in Australian society. Almost 95 percent of the Greeks in Australia are citizens. As citizens of Greek origin they belong politically and socially to Australia while culturally, and emotionally they also belong to Greece. We love Australia as our country, where we spend and measure our lives, but we also feel Greece that lives within us.

In the Victorian state elections, we should take seriously the power we may access an Omogeneia, as a community, but also as a political and social lobby group. We will measure our strength against Australian citizens of other cultural groups. Our decision must not and cannot be just political. It must be both national and “Communal”. We must understand that it is now is an opportunity to elect our own children, the offspring that sprang up through the struggles of Hellenism and their parents, to achieve and enjoy today the acclaimed prestige we live in Melbourne.

Regardless of our party loyalty, when we stand in the ballot box we must stand as Australian citizens of Greek descent, not only as party loyalists. In Northcote, Oakleigh and Richmond – suburbs where more than 45,000 Australian voters of Greek descent live, it will be a defeat for the Hellenism, if we fail those Hellenes running as candidates. Through the electoral victory of our children in these constituencies we will have a voice, dignity, credibility in our positions and prestige in our claims.

In Northcote, Kat Theophanous, the daughter for former state minister Theo Theophanous, is called upon to defend her seat in the House of Representatives. If she is re-elected it will be a victory for Hellenism. If she is not elected, it will be a defeat for all of us and a setback. We will have lost our representative in one of Australia’s most Greek-centric neighbourhoods. Unfortunately, the Liberals, moving shortsightedly and purely politically, decided to direct the Greens above Labor. It is the Greens which Theophanous took Northcote off in 2018.

Voting for Kat Theophanous, is also a service to our national and cultural interests. If you vote for the Liberals in Northcote make sure to cast your vote to Kat Theophanous as your second preference, not the Greens.

Do not align with party interest s above our Hellenic interests. Our children must be elected.