The road to multicultural ‘storytime’ in our public spaces 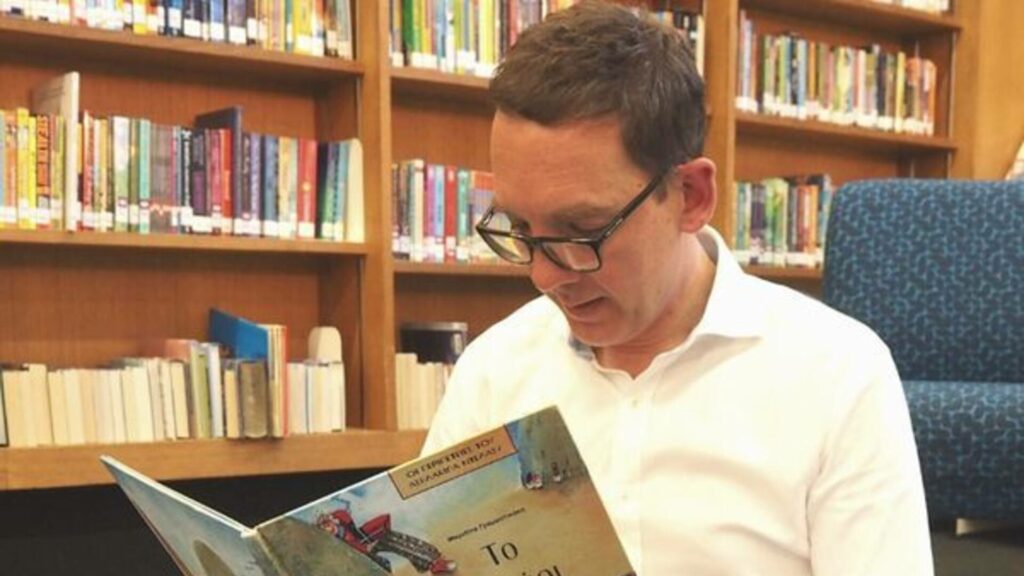 Labor’s announcement if re-elected, to offer $6 million to offer Multicultural/Ethnic Story Times (MST) in our public spaces is a great win for the footprint of languages, real programs on the ground and communities at large. Not to forget complementary and feeder programs for programs that already exist.

For those who are unaware, MST consists of approximately a 1 hour program for 0-5 year-olds (or however long a 0-5 year old can be engaged) in language, for free, in a public space.

The benefits are immense. John Hojack from RUMACCC – (Research Unit for Multilingualism and Cross-Cultural Communication @ Melbourne University) unit research has found that:

–     Best time to expose children to an additional language is 0-5 – when children’s brains are sponges and developing at massive rates. Start from the womb – he says.

–     Children who are exposed and know more than one language

–     Are less likely to get Dementia or Alzheimer’s

I am proud that as a parent I have given my kids the best start to life.

But during COVID we also learnt a lot – a gap existed in getting messages out to ethnic communities – the forgotten citizens and people of our communities/society, our fabric makeup. The communities that contribute to our society, people who pay taxes, work (under strenuous conditions), volunteer and are good corporate citizens. They were lost. Miss-information at best or nothing was reaching these communities. The government realised this… And better late than never poured a multitude of resources to get these messages out to ethnic communities was provided. The Victorian Trades Hall Council was afforded a team of 6 – called the COVIDSAFE – team. Each member of the team spoke multiple languages and employed just to provide evidence based information to ethnic communities. 3ZZZ was tasked with translating evidence based government messages and to ensure these messages got out to communities. ECCV likewise. Just like many other communities who have done great work in this space. Too many to mention.

Library spaces are a safe space, accessible to everyone, comfortable and have other family friendly amenities – family change rooms and tables, lactation rooms even prayer rooms.

But the road to ethnic story time started a number of years ago, when myself and another mum ‘Evie’ were getting in the car on Monday mornings and traveling from Hawthorn to Oakleigh (some 50mins one way) to join Greek Story Time at Oakleigh library. We were fortunate, and felt guilty that other parents that we knew within our local hood did not have the privilege of wheels, another mum’s baby could not do car travel. As much as we loved Oakleigh and Greekness of Eaton Mall, the program at Oakleigh Library was bursting at the seams – too many kids, too many adults all speaking in language, connecting and sharing stories, identity, culture and supports. Evie and I looked at each other and thought ‘We can bring this to us’, so the campaign for Greek Story time (We insisted on weekly, school terms – anything less was a pee in the ocean) in our hood started. Parents in the area wanted it, we organised and Yarra Library came to the party pretty quickly, and we thanked the Greek Community of Melbourne and Victoria Education committee for the wonderful Greek Story Time Facilitator. This program is now bursting at the seams.

We applied for the grant. Public Libraries Victoria auspiced the grant, support letters were forwarded from a number of key cross sector organisations, including but not limited to Ethnic Communities Council of Victoria (ECCV) and the Victorian School of Languages (VSL), a peak government organisation offering very subsidised language classes in over 40 languages, 3ZZZ radio station, broadcasting in over 70 languages per week, Community Languages Victoria, who offer after hours language teaching in over 55 languages, FECCA Whittlesea Multicultural Community Council, an independent not-for-profit organisation that represents the views and interests of our municipality’s culturally and linguistically diverse communities, Food For Thought Network (FFTN), a Greek Australian Women’s Network which organises inspirational events in the areas of work/leadership, relationships and wellbeing and provides opportunities for networking, inspiring positive change via the positive stories.

Again, there are too many groups to mention individually.

All these organisations (and others) wrote letters to support for ‘Harmony Story Time’ (as the grant was titled back then), to support in language story times in our public library networks. While the grant failed, there was a commitment at the time by all involved that we would try again – when other money became available.

The ALP got wind of it, liked it, and to be honest are offering a vision, a direction, a story. It fitted nicely with that platform being offered – a family friendly budget – free 3 year old kinder, more kindergartens, massive extension to parental leave (and a shift away from the word ‘maternity’ leave), complementing the federal election ELLA kindergarden language program, funding for ‘fathers’ groups. More investment in renewables and more Free Tafe. Even the ask of the PHAROS group to have scholarships for Greek Language Teacher Graduates. This all helped.

But this is what elections should be about. Directions and Vision. I see from Labor this vision, this story, this society that I want to see more of. This idea and vision of Multicultural Story Time in our public spaces fitted with this narrative, this vision. And this all helped.

And of course a final call out to all who supported this journey. From the people at PLV who supported the original idea and vision, to the grant writers, and support letters and associated organisation who believed in the vision, to the parents who participate in the successful programs, to the wonderful facilitators who put together and present great programs, to the people who share the posts – to let more families know that these programs exist, to the people who listened to Evie and I ranting on about this fantastic program. To the libraries that listened, invested and already offer ethnic story time(s) – but Evie and I think monthly is a pee in the ocean. If you want a successful program – make it weekly school terms, or its a waste of time. Weekly school terms with a trained early child hood facilitator will be a smashing success.

So if we want more ethnic story time (including Greek Story Times) in a library near you, please take this vision into account. Make an informed decision, Consider the future we want as a society and make your vote count.