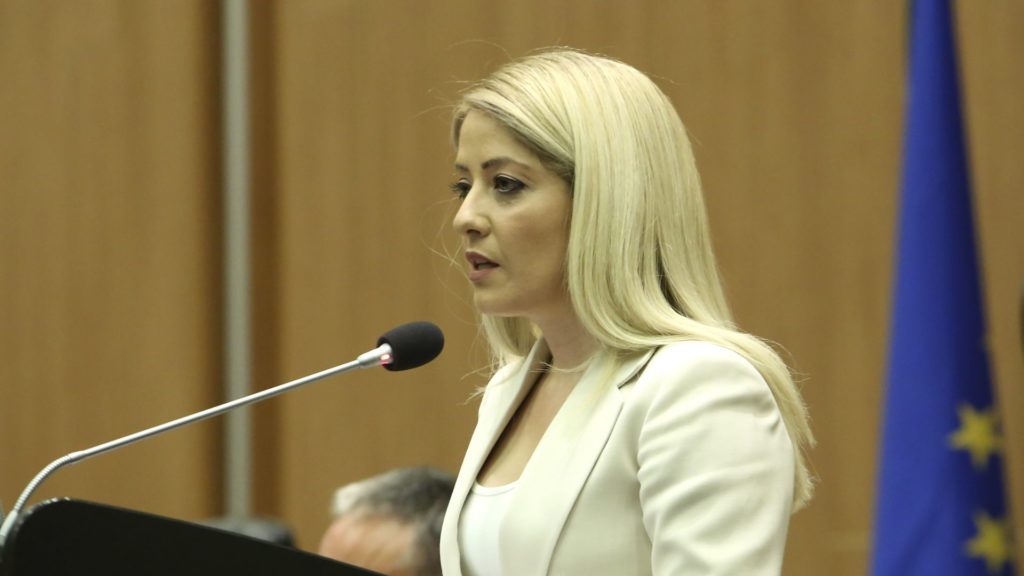 Cyprus’ lawmakers elected a female speaker on Thursday, its first, who also happens to also be the youngest person ever to be elected to the role.

Annita Demetriou, 35, a member of the country’s governing conservative Democratic Rally party, stepped into the role thanks to the backing of the centrist Democratic Front and ELAM, a far-right party which almost doubled its standing in a parliamentary election last month. These are two of the seven parties represented in the Parliament of Cyprus, none of which have an outright majority.

With this appointment, Ms Demetriou holds the country’s second most powerful political post since it was founded as an independent republic in 1960.

READ MORE: Another Cyprus initiative fizzled in Geneva as Turkey trapped a mouse

Now considered one of her party’s most successful politicians, Ms Demetriou – who has a background in political science – saw her first attempt to be elected as a lawmaker almost fail in 2016 when she was removed from a list of potential parliamentary election candidates – and one senior member said the party was contesting an election and “not a beauty pageant”.

After pressure from grassroot party members, Ms Demetriou was later reinstated and went on to win her first term in parliament. She was re-elected last month.

The election of Ms Demetriou is viewed as a major step in levelling the political playing field for women who have been traditionally under-represented in politics in Cyprus.