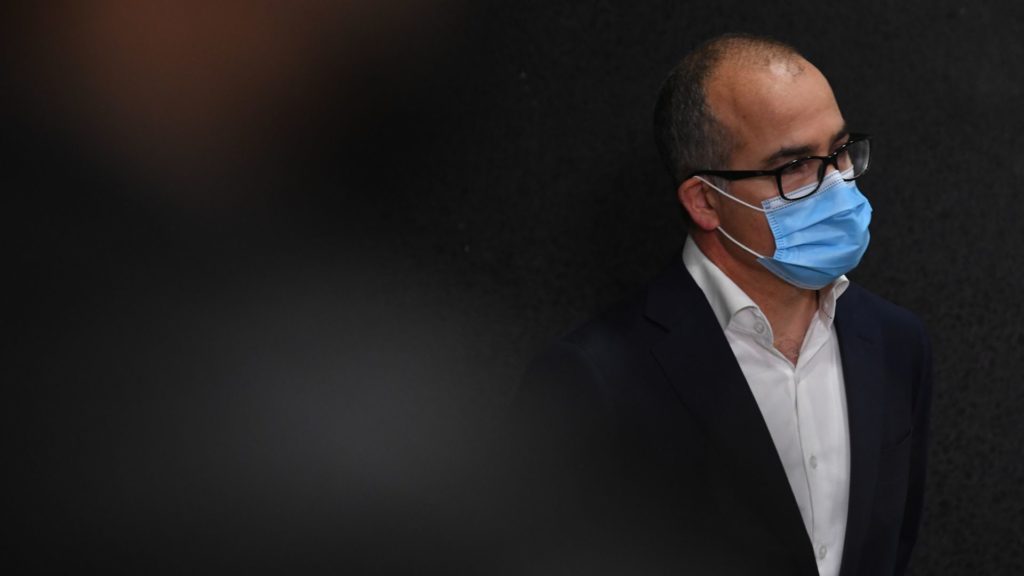 On the advice of the Chief Health Officer Brett Sutton, Mr Merlino said that the metropolitan border and the 25-kilometre limit will be removed, and “the state will come back together from 11:59 PM tomorrow night.”

He thanked all Victorians and said it was “hard, very hard” for them all, adding that it was important to keep “regional Victoria free of this virus” and accepted advice for “stronger settings for Metropolitan Melbourne as extra protection as we run down these remaining cases.”

All Melburnians travelling to the snow this season, will requirement a COVID test within 72 hours of departing for Victoria’s Alpine resorts. Football crowds will not return to AFL games in Melbourne yet, however members can attend AFL games in Geelong.

“We will work with the AFL and clubs to allow a crowd of up to 7000 people from the regions,” he said.

Professor Sutton said that Victorians are making progress and that this easing of measures was “another step forward for Regional Victoria and Metro Melbourne”.

“The risk is greater in metropolitan Melbourne, that’s where our cases are that’s overwhelmingly and where transmission is still occurring,” Prof Sutton said.

“We are opening up the state and there will be people travelling from Metro Melbourne as you’d expect into regional Victoria, so we still need some of those constraints in terms of the size of gatherings in various settings in various locations to be able to manage the risk.”

On the question of people flouting the rules, Prof Sutton recognised that it was “tough, really tough” on people.

“There’s question that people are over this and to maintain such behaviours over sixteen months it’s a challenge, that said Victorians have done it fantastically,” Prof Sutton said.

He said the UK where sixty plus percent of people in the UK have had one vaccine “they’re looking at 10,000 cases wondering if they’re going to third wave.”

The CHO referred San Francisco which has the “highest city levels of vaccination coverage” and now has no restrictions.

“People are living normal lives …high vaccination coverage is something that we need to get to,” Professor Sutton added.

Neos Kosmos asked what the government is doing beyond broader ‘multicultural engagement’ given so many over 50yrs-olds and elderly, seem sceptical about the second jab of Astra Zeneca.

Prof Sutton highlighted the Government’s “online engagement with multicultural communities” and emphasised, “this second jab does provide additional level of protection, so it is an important one to follow up with for Astra Zeneca twelve weeks later, it’ll give you that longer term protection as well as that higher level.”

Neos Kosmos said it was not questioning the efficacy of Astra Zeneca vaccine but wanted to know how vaccine scepticism is being addressed in our community.

Prof Sutton said that people’s concerns need to be addressed “on a on a case-by-case basis.”

“People come at it [vaccination] with their doubts, through various motivations some have seen online misinformation and disinformation; some is absolute fantasy, while some of it will be a twist on a genuine concern around clots.

Prof Sutton recognised that it is not “simply a case of providing information, we know that that’s not the whole story in engagement on vaccine hesitancy.”

He added, “You need that nuanced repetitive and a deeply engaged process so that we can address people’s concerns properly.”

READ MORE: Greece ramps up vaccinations in the largest health project the country has undertaken

The following easing of restrictions:

• Public gatherings will allow up to 20 people, and gatherings in the home are permitted with up to two visitors in a home per day, plus dependents.
• Businesses including gyms, indoor entertainment venues and electronic gaming.
• Venues will be able to access and decreased patron caps, including restaurants, cafes, religious settings, and entertainment venues.
• Hospitality venues can host up to 25 people before applying the density quota.
• If you can work from home you should work from home, but office workers will be able to return up to 50 per cent, or up to 20 people, whichever is greater.
• Competition and community support will return. There is no limit on travel for sport and Victoria and that is county competition for juniors and adults.
• Masks are no longer required outdoors; however, it is still recommended to maintain at least 1.5m of distance to others.
• Masks will be worn indoors, whether it is shopping, on a train or at a workplace.

• Public gatherings will be increased to 50 people.
• Restaurants and cafes can open to a maximum of 300 patrons per venue for seated service.
• Smaller venues can host up to 25 people before any density quotation applies, or they can use density of two people per two square metres up to 50 patrons.
• Religious ceremonies capped at 300 for the venue. Funerals to 100 people.
• Weddings limited to 50 people. Office caps increased to 75%, or 30 people, whichever is greater.
• Visitors to the home will be limited to five avid adults per day plus dependents.