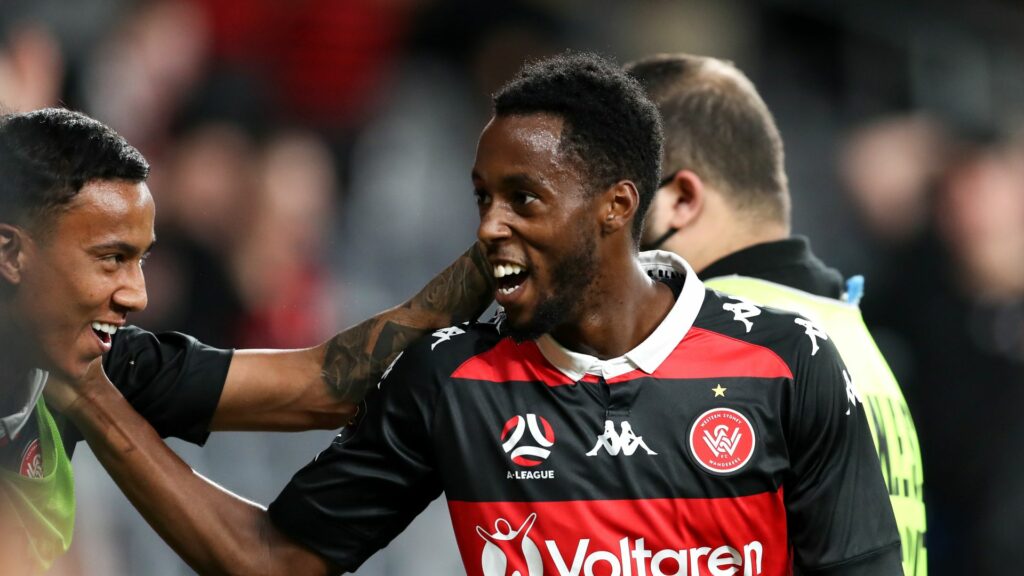 Ex-Wanderer Bruce Kamau celebrates scoring a goal during the A-League match between Western Sydney Wanderers and Western United FC in May 2021 Photo: AAP via Brendon Thorne

It seems the only way we’re getting to Greece is with a football contract and such is the luck of Western Sydney Wanderer Bruce Kamau.

Despite efforts to keep the Wanderers Player of the Year in Western Sydney, Kamau has chosen an opportunity to go overseas for the first time in his professional career and play with OFI Crete in the Greek Super League.

The 26-year-old has signed a three year deal with the club, with hopes it will help him break into the Socceroos squad and help Australia qualify for next year’s World Cup in Qatar.

“OFI is club that suits me in terms of them wanting to play attacking football, and that’s one of my strengths, playing that style,” news.com.au reported him saying.

“It’s been an ambition of mine to go to Europe and to play regularly in the Greek Super League is going to help with my ambitions for the Socceroos as well, and I’m really pushing to get into the World Cup squad.”

In a statement released by the Wanderers, Kamau thanked the club and its fans for all their support.

“It’s been an enjoyable journey over the last three seasons playing in front of the best members and fans in Australia,” he said.

“I’d like to thank Chairman Paul Lederer, CEO John Tsatsimas and head coach Carl Robinson, the staff, members and fans for what has been a memorable three seasons.”

“We would like to thank Bruce for his efforts both on and off the pitch, for the Wanderers and the Western Sydney region,” he said.

“Everyone at the club wishes him well in his overseas stint and we hope to see him back one day in the Red & Black.”

Kamau has spent seven years with the A-League, winning a championship with Adelaide United in 2016.

He went on to spend two years with Melbourne City before making a name for himself with the Wanderers.

Kamau had a record-breaking season with the Red & Black in 2020/21 scoring 12 goals in 23 games, capping off what has been an impressive three-season stint at the club.