The documentary on stories past, which reminds us to be present today 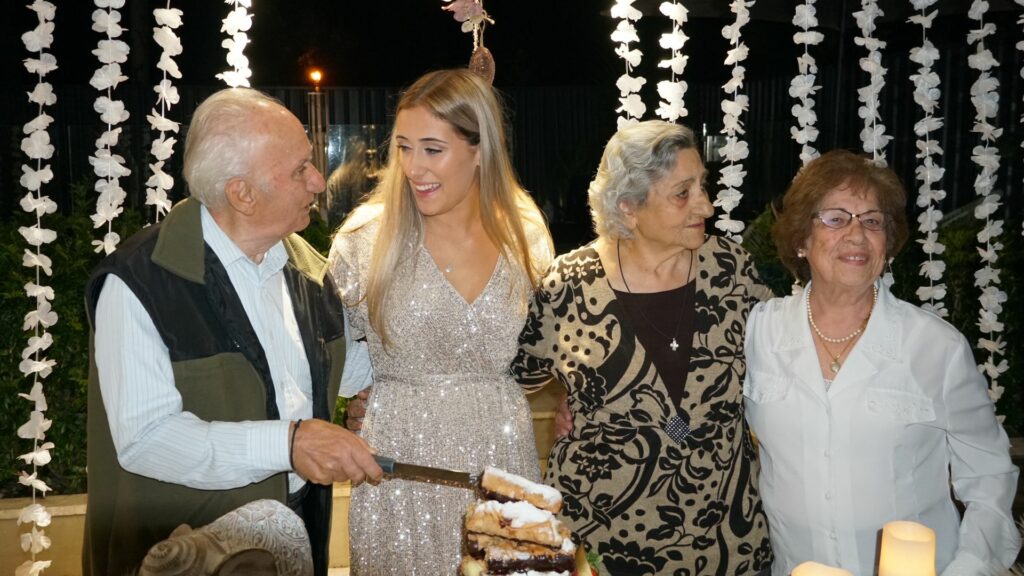 Victoria Valassis has touched the hearts of many on social media after sharing her mini documentary The Grandparents Documentary.

“I’m getting so many private messages from random people saying they’re so moved and inspired and that they want to do the same thing,” she told Neos Kosmos.

The 21-year-old freelance filmmaker produced the project, wanting to preserve the memory of her beloved maternal grandparents Dimitri and Vasiliki Karadimos.

Unfortunately, Ms Valassis was not able to share her finished piece with her pappou, a regret she carries with her since his sudden passing.

“I had put it aside [The Grandparents Documentary] for paid jobs and I didn’t think my pappou would die. Now I’m trying to prioritise things like that because it’s a regret of mine that I didn’t get to show him. But what can you do, that’s life, you never know,” she said.

The idea initially sprang to her after some reflection on the passing of her paternal grandfather.

“It was about five years ago and I felt really regretful because I wasn’t present and I didn’t spend enough time with him. I was around 15, I was probably on my phone every time I went over and when he passed I couldn’t believe how I was. I wasn’t a bad granddaughter, I was always there, but not enough,” Ms Valassis said.

“Ever since then, I spend so much more time with my grandparents.”

The documentary itself delves into the lives of Ms Valassis’ grandparents, who immigrated to Australia in the 60s after the second World War.

“I really wanted to capture my yiayia and pappou naturally, as they are, and really get into the World War because their generation had gone through that and they had a completely different life,” she explained.

READ MORE: Reinventing the nostalgia of yiayia’s cooking in the MasterChef kitchen

Their story began in Sydney, where the pair found themselves living in the same share house with other newly arrived Greek immigrants.

“They met in that share house, they got married in the house and became close with the people in the house. They respected who was there and now they’re still lifelong friends with them. I think that’s really sweet,” Ms Valassis said.

The footage also touches on the more gritty side of the Karadimos’ tale.

“My pappou worked as a coal washer. I think their jobs were so hard, it was horrible work as my pappou says…They worked extra hard, I think that’s the biggest part of the immigration story that’s important,” Ms Valassis said.

What really shines through in the young woman’s documentary is the impenetrable love that her yiayia and pappou shared.

“They never really had a fight. I admire their respect, their love and happiness around each other. They we just happy with one another. Now that my pappou is gone, I try to see my yiayia every day, but no matter what, she’s still thinking of pappou and still wants him…Their commitment to each other for 61 years is what I love about them most,” Ms Valassis said.

Initially Ms Valassis’ vision was to encapsulate a story more emotionally driven in its seriousness, but instead she came to, with what she believes, something far more special.

Though some moments in our lives may be fleeting, the young film maker uses her skills to “capture the life that will one day go” and pass on incredible family memories to her children and theirs thereafter.

Her work, whilst very touching on the narrative front also shares another message, perhaps one that we often take for granted or forget.

“People tend to focus on work more than the people around them, I want to encourage other families to do the same. Even if they’re not going to film a documentary, just be there,” Ms Valassis said.

“I had a poor little lady comment on my post saying ‘I’ve only seen my grandson 14 times and he’s 14’, I thought that was really sad.”

Ms Valassis has more ideas in the works hoping to continue the documentary series, this time with a focus on her paternal grandmother.

“I’m going to interview my other yiayia who lost her husband. Her story is very different. She was a dressmaker. She was from a different part of Greece, I don’t really know too much about her life so that’s when I’ll find out.”

You can watch “The Grandparents Documentary” and more of Victoria Valassis work on YouTube or by clicking play on the video below.