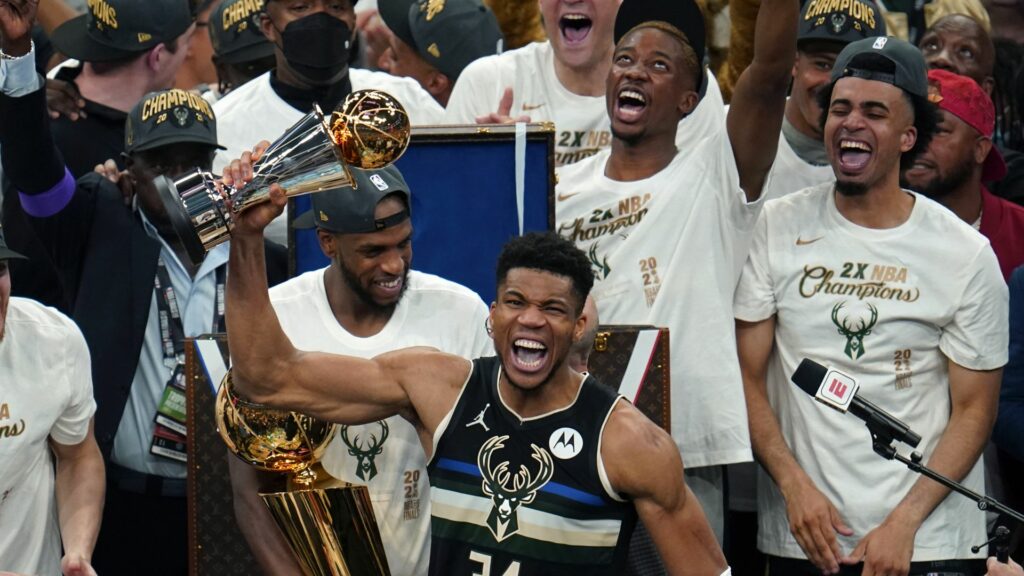 It was the game of a lifetime for Milwaukee Bucks’ Giannis Antetokounmpo, as he helped steer his team to a NBA Finals victory over the Phoenix Suns 105-98.

This is the Bucks’ first championship win in 50 years and perhaps complementing the end of a 50 year drought was the ‘Greek Freak’s’ 50 points scored.

Along with the historical 50 points, Antetokounmpo finished off the game with 14 rebounds, two assists and five blocks.

Joining the team of goal scorers were Chris Middleton with 17 points, Bobby Portis with 16 points and Jrue Holiday had 12 points, 9 rebounds, 11 assists and 4 blocks.

A few second before the final buzzer went off Antetokounmpo could be seen celebrating on court with his teammates, before being visibly overcome with emotion.

The 26-year-old was then named the finals MVP after NBA’s commissioner Adam Silver presented the trophy to the 2021 NBA champions.

Antetokounmpo went on to thank his team for believing in him and commented on his motivation to take the team all the way.

“I thank my teammates, they played hard every freaking game. I trusted this team. I wanted to do it here in this city, I wanted to do it with these guys so I’m happy. I’m happy I am able to get it done,” he said on court after the match.