The Kastellorizian of the Year is global business leader Andrew Liveris 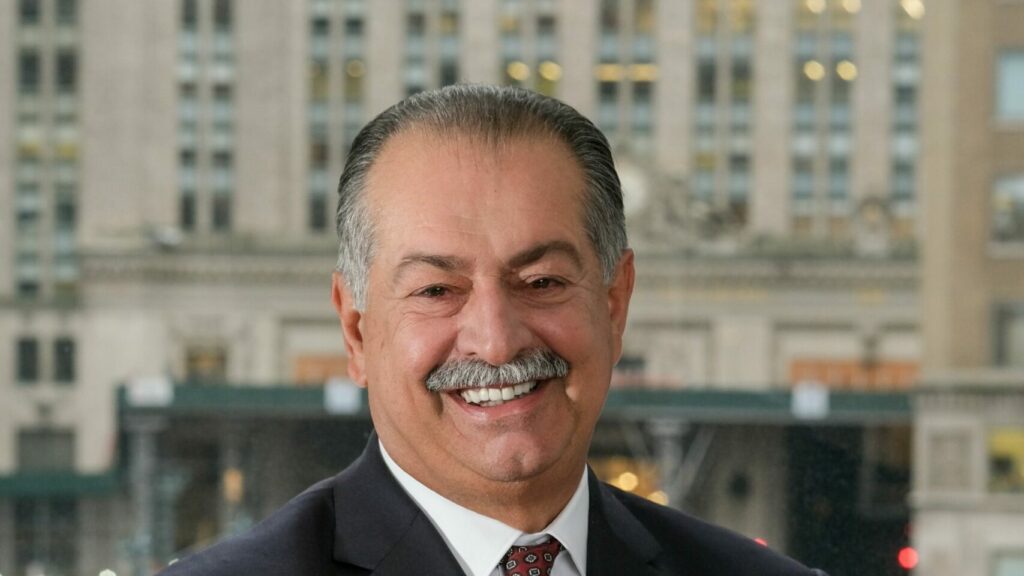 Andrew Liveris has shown his love for Kastellorizo time and again. Photo: Supplied

Andrew Liveris, a well-known businessman is the Kastellorizian of the Year 2021.

Mr Liveris fits the bill in all four accounts. He is the co-founder and continuing Global Chairman of The Hellenic Initiative (THI), a non-profit organisation mobilising the Greek Diaspora to invest in the future of Greece, as well as to help the destitute.

Mr Liveris is obviously a man who looks to the future, and in Australia he, and his wife Paula, contributed $13.5 million to the University of Queensland to support the establishment of the Andrew N Liveris Academy for Innovation and Leadership. The Andrew N. Liveris building is nearing completion and will provide the environment and programs to deliver its objectives: a pipeline of effective and creative leaders for the digital era, with the capacity to contribute to a sustainable future. Andrew and Paula have also pledged to raise many more millions of dollars to support the University of Queensland’s ‘Not if, When’ philanthropic campaign.

With well over forty years of global leadership as former Chairman and Chief Executive Officer of the Dow Chemical Company and the former Executive Chairman of DowDuPont, his career has encompassed roles in manufacturing, engineering, sales, marketing, and business general management around the world. In 2014, he was appointed an Officer of the Order of Australia (AO) for services to international business. He currently holds several directorships with major international companies. He has been awarded four Honorary Doctorates, counselled three US Presidents, and has received extensive honours and prestigious awards. In his willingness to advise, impart and share his philosophy, knowledge and breadth of experience, he has become an international advocate to government, business, academic and non-profit sectors in his quest to maximise economic health (material and non-material) and future prosperity.

Andrew has remained loyal to his Greek-Kastellorizian roots and his Australian roots. He has personally supported projects in Darwin, where he was born, and in Queensland where he attended University. He has contributed to infrastructure projects on Kastellorizo, and through The Hellenic Initiative champions projects to assist the Hellenic Republic.

Although he has received many awards and accolades for his achievements and private benevolence, being named Kastellorizian of the Year is close to his heart.

In pre-COVID times the Liveris family regularly visited Kastellorizo to connect with their heritage. The importance Andrew places on his Kastellorizian heritage is reflected in this quote from a recent interview: “I’m a product of immigrants, of courageous but impoverished people. I believe where we come from is, in a sense, who we are and where we are going. I think you prepare your future by using the memories and the lessons from your past. Your history shapes you. We are, after all, creatures of our environment and the legacy we’ve been given is most definitely a large part of our environment, so we have to care about that. A big piece of that is caring about the traditions and the cultural heritage that shaped you into who you are.”

In a recent interview with Greece’s Prime Minister Kyriakos Mitsotakis with the Greek Diaspora, chaired by Mr Liveris and facilitated by THI, Mr Liveris prompted the Greek leader to say: “Why not work out of Kastellorizo?”

Though born in Darwin, Mr Liveris’ father and paternal grandparents were born in Kastellorizo. He married Paula in Brisbane, and their three children were born in Sydney, Hong Kong and Thailand. His main place of residence is now the United States.