Longest-serving MP of Greek heritage calls it a day 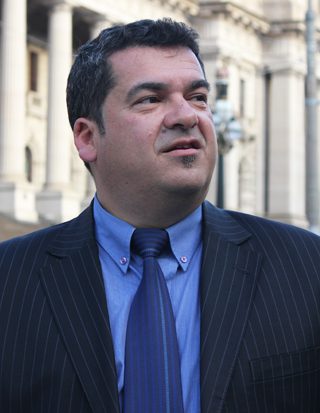 After more than twenty five years in public office, Victorian Labor MP John Pandazapoulos announced this week that he will not be seeking renomination for the seat of Dandenong at the 2014 state election.

Mr Pandazopoulos – the longest serving Labor member in Victoria’s Lower House – said that his decision was taken to devote more time to his family and that he had been considering stepping aside since the last election.

“It’s time to take a punt, have a rest, and change my life,” the former Bracks government minister told Neos Kosmos.

Mr Pandazopoulos – known as ‘Panda’ to many – was central to enshrining multiculturalism in Victorian state legislation during Labor’s minority government between 1999 and 2002.

Highlights of his career as a minister include overseeing projects such as Melbourne Convention Centre, Federation Square, Docklands, and the creation of Victoria’s first 10-year tourism strategy.

Widely respected for his work in promoting Australia’s relationship with Greece, and advocating for Greek Australian community, Mr Pandazopoulos said that despite his absence from the parliamentary stage after November 2014, he would continue to pursue causes close to his heart.

“This is about a change of life, I’ve spent more than half my life being elected,” he said.

“I’m still passionate and young about politics, and I’ll continue to do stuff for the Greek community, but there are other opportunities to have that work-life balance.”

Leader of the Opposition Daniel Andrews paid tribute to his MP – saying that amongst his many achievements he had played a vital role in enhancing Melbourne’s Major Events calendar.

“Of proud Greek heritage, John assisted in getting multiculturalism enshrined in the Racial and Religious Tolerance Act, “ said Mr Andrews.

Fellow Labor MP and Shadow Minister Jenny Mikakos said: “John Pandazopoulos has had a distinguished parliamentary career, having been one of only three Greeks to have served as a minister in Victoria.”

“He has been a strong advocate for the Greek community [and] spent many hours providing advice to Greek community organisations…I am sure that those organisations value his wise counsel.”
Ms Mikakos also paid tribute to Mr Pandazoploulos’ efforts in biltateral relations with Greece – describing her colleague as “the best President of the World Hellenic Inter-Parliamentary Association has had over the past five years, being proactive and energetic in strengthening Greek Australian trade in this critical time for Greece’s economy.”
Read Michael Sweet’s full interview with John Pandazopoulos in Saturday’s Neos Kosmos English Edition.