Philanthropic in our community give aid 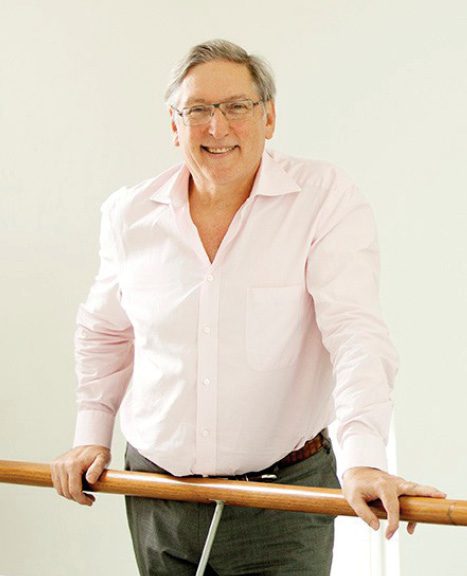 Two Greek Australians, Brisbane doctor Paul Eliadis and Canberra developer Sotiria Liangis recently donated $1 million each to the University of Queensland and to the Canberra Hospital Foundation.
Dr Paul Eliadis, Brisbane clinical haematologist, oncologist and patron of the arts, donated $1 million to the University of Queensland (UQ) to establish an academic Chair in Classics and Ancient History.
Convinced that art, ancient history and the classics formed key elements of a well-rounded education, in one of his recent interviews the UQ graduate said that, in his opinion, Western universities that don’t have a department that teaches the classics don’t have a “birth certificate”. The University of Queensland is the state’s only tertiary institution to offer courses in history, culture, language and literature of Ancient Greece and Rome.
A significant philanthropic donor in both art and medicine, Dr Eliadis’ assistance helped to establish high profile cancer clinics – Haematology and Oncology Clinics of Australia, now in their 25th year.
On how he ended up studying medicine at University of Queensland, Dr Eliadis said it was his yiayia’s influence.
“There are a lot of jokes about my grandmother and how she may or may not have influenced me, but she was always quite insistent that I was going to be a lawyer or a doctor.
“I don’t know what it is about Greek families, but they want their children to get ahead and go to university, even though the parents have rarely seen the inside of a high school.
“I ultimately decided on medicine because I felt it would be more absolute [than law], more scientific and not open to the whims of human beings. I was very wrong about that,” he said.
The 60 year old medical specialist who is at the peak of his career, is in his Greek heritage that his interest in the classics originated from.
“I am Australian, but my heritage is essentially Greek. The ancient Greek history is something Greek kids grow up with. I enjoy reading and I always find history, particularly the history of Greece and Rome, much more interesting than fiction.
“The classics, in particular Greece and Rome, influence us all in Western civilisation no matter what you do. You can just walk through Brisbane and it is just there. The three main architectural forms of Greece are within a block, between City Hall and the Eternal Flame. I think the classics will always remain relevant as long as Western civilisation exists,” he indicated in the interview.
Down south, in the national capital of Canberra, another Greek name made it in the philantrhropic news this month, when Sotiria Liangis, a Canberra property developer, pledged $1 million over five years to the Canberra Hospital Foundation.
To date, Mrs Liangis donation alongside her son John has enabled the Centenary Hospital for Women and Children to create two special outdoor patient and
families areas.
The Therapeutic Courtyard is designed for children undergoing rehabilitation and treatment to experience it in a fun environment, while the Liangis Family
Reflective Garden is intended for families to utilise if their baby or child is critically ill or has passed away.
Names of Sotiria and her son John Liangis, are well known in the Canberra Greek community. Armed with an unprecedented support to worthy causes, Mrs Sotiria Liangis has supported the Greek community on many occasions.
In the 1990s, the Greek community aged care centre was built as a result of collaboration between the ACT government and Liangis family. In 1996, the media-shy citizen of the ACT was honoured with the Medal of the Order of Australia for her service to the Greek community.