Should the diaspora vote? 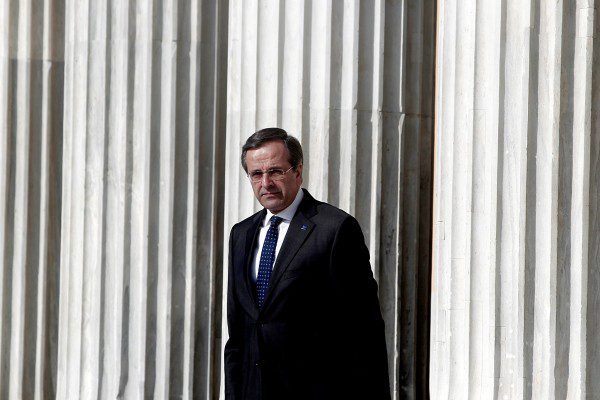 The debate about whether or not the diaspora should be allowed to take part in the Greek electoral process has been re-ignited.
Dora Bakoyannis stated to Neos Kosmos during her recent visit to Melbourne that Greece as a modern European country is obliged to give the voting right to its citizens who live abroad, and that they should also have the right to elect their own representatives where they live.
This has re-opened a long held discussion which has gone on for decades.
The former foreign minister of Greece reinforced a position stated by the current Greek Prime Minister Antonis Samaras, who re-opened the issue last October during a meeting of the Administrative Committee of his governing conservative New Democracy Party. In that meeting, the Greek PM went on record saying the issue of the vote to the Hellenic diaspora needs to be brought forward in the political calendar.
Mr Samaras is not the first Greek prime minister or the first Greek political leader to talk about the need for Greek citizens living abroad to be able to take part in the country’s national elections from wherever in the world they are permanently residing.
His predecessors George Papandreou and Costas Karamanlis were also in favour of this measure, but they did not agree on the details when, in 2009, the Karamanlis government brought a relevant bill into parliament for debate.
Article 51.4 of the Greek Constitution provides voting rights for all Greek citizens irrespective of where they live, either by postal vote or by other appropriate means, as long as the votes of the expatriates are tallied and announced simultaneously with the electoral counting and declaration of the official election results in Greece. What is missing though, up until now, is the existence of a law that as specified by the constitution needs to be legislated by a two thirds majority of the Greek Parliament. A majority of at least 200 votes would require the support of at least the two major parties in Greece today, namely New Democracy and the left wing opposition party SYRIZA.
SYRIZA, along with other smaller parties of both political persuasions are in favour of the Diaspora obtaining the vote but differ with the government on the details of the proposed legislation. The central thesis of SYRIZA is for the Greek Diaspora to be able to elect its own representatives in the Greek parliament from their own ranks and not to have votes distributed for example through Greek electorates in Greece ‘making up the numbers’ in addition to the domestic votes.
The official advisory body to the Greek government for Diaspora issues, the World Council of Hellenes Abroad (SAE), is also in favour of the right to vote by Greeks living abroad.
The first time that voting rights were given to Greeks living outside the borders of the country was in 1862, but this measure did not last for whatever reason. However, universal political support in Greece for the Diaspora to obtain the right to vote, in principle centres around the argument that this will formally establish a strong Hellenic link and presence on a global scale.
Opponents of this measure argue that the Diaspora are citizens of other countries with constitutional rights and responsibilities, and that they should not be allowed to be involved in the affairs of Greece.
Under current legislation, a Greek citizen can only vote in a national election in Greece if s/he is physically present in the country during the day of the election. In the elections for the European parliament, to be held in May this year, Greek citizens living in an EU country can exercise their voting right in Greece from their EU country of residency.
Only two years ago in March 2012, the European Court for Human Rights, reversing a previous decision, ruled unanimously in favour of Greece and against two of its citizens, who took the country to court over not allowing its citizens abroad to vote in a national election.
The 17 member Court declared that it is not within its jurisdiction to direct a national government on how to convert a non-binding constitutional proviso into legislation.