Tony Abbott, PM of Australia and Bill Shorten, Leader of the Opposition will officially open the 2014 Lonsdale Street Festival 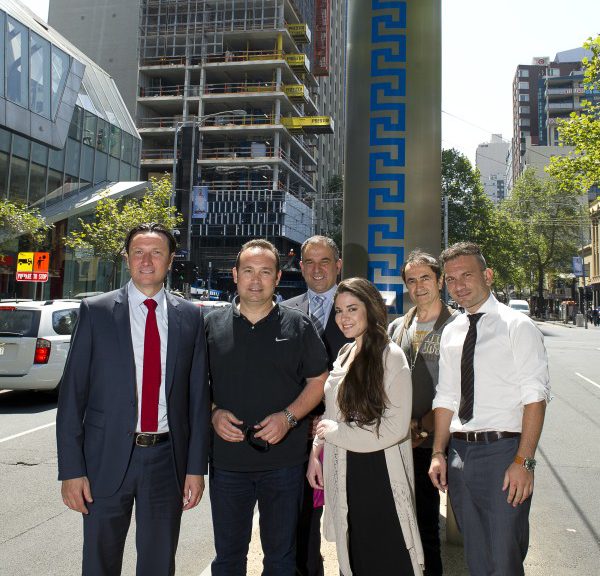 2014 marks the third time in a row that both the Australian Prime Minister and Federal Opposition leader will make an appearance at the official opening of the Lonsdale Street Festival this Saturday night in Melbourne. PM Tony Abbott – who attended the previous two years as Federal Opposition leader, and Bill Shorten, will put politics aside for one night and celebrate the immense contribution the Hellenes have not only made to Victoria, but to Australia as a whole. Also in attendance will be Victorian Premier Denis Napthine and the Lord Mayor of Melbourne, Robert Doyle.

Before the official opening, the President of the Greek Orthodox Community of Melbourne and Victoria Bill Papastergiadis – along with representatives of GOCMV – will walk the politicians through the building of the Greek Centre for Contemporary Culture, showcasing to them the future of the Greek community.

“We are the only ethnic festival in Australia that attracts the leaders of both federal and state to the event, so I am excited to discuss Greek community events, activities, initiatives and issues relating to our community with our leaders,” Mr Papastergiadis tells Neos Kosmos.

The Lonsdale Street Festival is one of the biggest Greek festivals outside of Greece. Over 100,000 people will take part in the festival and enjoy free entertainment, Greek food, children’s activities and cooking demonstrations.

When asked what else he was looking forward to, Mr Papastergiadis says with a laugh: “Good weather – may the weather gods smile upon us on the weekend.”

What he’s most looking forward to is the chance to sit back, and enjoy the cultural experience and watch Melbourne transformed into a Greek hub over the weekend. And so are we.

The Lonsdale Street Festival will take place the Saturday 8 and Sunday 9 February, on the corner of Lonsdale and Russell Streets, from 2:00 pm till late.