Saving the hearts of all 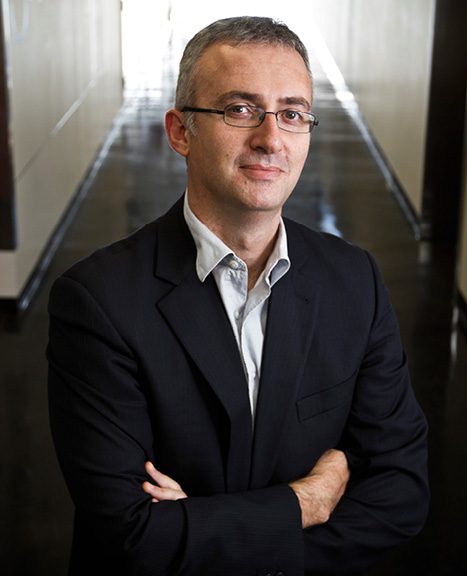 A new drug – developed by Professor Arthur Christopoulos and his team of researchers – has the potential to stop heart attacks in their tracks, without any harmful side effects.

“We’ve synthesised a new class of drug molecule, a new type of molecule that targets a very important protein in the heart,” explains Professor Christopoulos. As it currently stands, activation of this protein can protect the heart from the damage of a heart attack, but the problem is that at the same time you are activating this protein to prevent a heart attack, you also stand a chance of slowing the heart down, or even stopping it – two damaging side effects.

Through combining two molecules, the research team at Monash Institute of Pharmaceutical Sciences were able to have one molecule activate the site like an on / off switch, and the other to act as a dimmer switch to prevent the bad side effects.

Proteins in the body are involved with lots of conditions such as diabetes, obesity, schizophrenia – so this process has the potential of being a universal medical breakthrough. Not just that, this drug could restore a better quality of life for heart attack sufferers.

“One third of all people who survive a heart attack they then go on to develop heart failure for the rest of their lives, and end up on a cocktail of drugs,” says Professor Christopoulos
“So if we could minimise the damage straight after a heart attack we might not even progress to heart failure and that’s really promising.”
Even though the medical world is excited by the potential application of this medical breakthrough, the application is still a while off as it’s in such an early stage of discovery. The research findings of Professor Christopoulos team were published this week in the Proceedings of the National Academy of Sciences, USA (PNAS) and have made headlines worldwide.
And the news hasn’t stopped the professor’s parents Chris and Voula spreading the word of their lifesaving son.
“I had my mother cry yesterday when she saw me on Channel Nine – they had friends and neighbours over their house watching the news,” says Professor Christopoulos.
This discovery is potentially lifesaving, making his long-term goal of leaving a legacy, a high probability.

“It makes all those years worthwhile,” he says of endless nights of research and development.

“You get into science because you are driven – and have no choice. And I tell people invariably that the troughs are more common than the peaks but when you see something like this, it’s a whole new way of making the body work – it’s pretty cool.”