Greece in time and space

The result of an allegation that Greek archaeologists deliberately planted Greek artefacts in the bordering Former Yugoslav Republic, in order to lay claim to the region 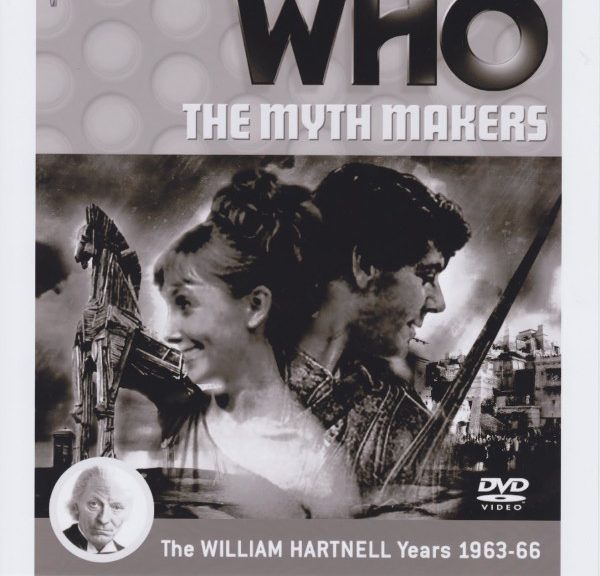 The origin of this week’s diatribe is the exasperation of a friend at the particularly crackpot (even by FYROMian standards) allegation of a historian, that Greek archaeologists had deliberately planted Greek artefacts in the bordering Former Yugoslav Republic, in order to lay claim to the region. “This is ridiculous,” the aforementioned friend cried, “it is as if the Greeks took a time machine, loaded it with artefacts and went back in time and planted the stuff.” My response was simple. Such a time machine does exist. And Greek history has indeed been altered by time travellers.

In the eighth episode of the fourth season of the Doctor Who spin-off series Torchwood, Greece declares bankruptcy. Given that this episode was screened in 2011, it is obvious some type of temporal interference took place in order to ensure Greece’s solvency and it is to the Gallifreyan Time Lord who operated under the name and style of ‘The Doctor’ that owe such intervention. We know, from the 2006 episode ‘Fear Her’, where the Doctor claimed to have visited the very first Olympic Games and watched naked men throwing a discus before a giant crowd, that Greece has been a constant place of return for him, and not only as a spectator.

Intervention in the affairs of Greece seems to be customary for the Doctor, for throughout the half century of its history, the television series Doctor Who has seen the Doctor return to Ancient Greece again and again, his activities altering the course of history – only, according to Gallifreyan ethics, when and where the events the Doctor wishes to influence are not fixed points in space or time.

The Trojan War, for example, was definitely not such an event, for when the first incarnation of the Doctor landed upon the plains of the bronze age city of Troy, in the 1965 episode entitled ‘The Myth Makers’, he was mistaken by Achilles for Zeus. It is the Doctor who suggests to Odysseus that Troy be taken by means of the Trojan Horse and it is thus to him that we owe The Iliad and The Odyssey, for an estimation of the course of Greek civilisation without Homer’s epics ideologically underpinning it would be inconceivable. The Doctor also reveals to us that the Elysian Fields, the place of abode for the righteous departed, exists, when his Trojan companion, removed from Troy and compelled to follow him around the universe, dies and is placed there.

In the episodes ‘The Keys of Marinus’ (1964) and ‘Robot’ (1974) he claims to have met the first cousins Alexander the Great and King Pyrrhus of Epirus, implying that their conquests were as a result of his intervention. It is at this precise moment that some FYROMian historians allege that a plant of Greek archaeological artefacts took place. According to the novel The Slitheen Excursion, the tenth incarnation of the Doctor and his companion June visited Greece in 1500 BC, where they stopped the flatulent Slitheen, whom the Ancient Greeks believed to be gods, from exploiting the local humans and destroying the Parthenon, leaving that job for the Venetians and Lord Elgin.

As if it were not enough for the good Doctor to be responsible for the fall of Troy, three Doctor Who episodes appear to suggest that he is also responsible for the ultimate destruction of the fabled city of Atlantis, as a result of an epic battled between his Nemesis, the Master, in which Kronos, the Titan is unleashed, in ‘The Time Monster’. Returning to the scientific concept of time as “wibbly-wobbly, timey-wimey” stuff, in the 1967 episode ‘The Underwater Menace’, the Doctor is responsible for destroying Atlantis a second time, when thwarting its survivors’ efforts to raise the city from the sea.

Interestingly enough, the Doctor, during his peregrinations around the universe, has also had much to do with Greek mythological monsters. In the aforementioned ‘The Time Monster’, the Doctor meets the Minotaur and oversees its destruction. Yet the next year, in ‘The Mind Robber’, the Doctor meets Rapunzel, she of the long flowing locks, and in the process of navigating a labyrinth in her tower, encounters both the Minotaur and Medusa, whom he dispatches by declaring they do not exist. Nonetheless, the Minotaur returns in the 1979 episode ‘The Horns of Nimon’, in a retelling of the myth, set on the planet Skonnos. The Minotaur will return a fourth time, in the 2011 episode, ‘The God Complex’, as a creature inhabiting a labyrinthine hotel and feeding on the fears of trapped patrons. Medusa, on the other hand, will only return in the spin off series The Sarah Jane Adventures, where, in ‘The Eye of the Gorgon’, an alien Medusa with the power to turn people to stone is discovered disguised as a nun.

Further Greek myths are transposed to various parts of the universe, suggesting an alternative place of origin for the ancient Greek myths. The 1978 episode ‘Underworld’ is a version of Jason and the Argonauts, featuring the characters Jackson and Herrick, Orfe and Tala, thinly disguised versions of Jason, Heracles, Orpheus and Talaus. The connection is highlighted at the end of the episode, with the Doctor likening Jackson and his journey to Jason and his quest for the Golden Fleece.

The connection with Greek mythology is further cemented in the episode ‘Greeks Bearing Gifts’, of the spin-off series Torchwood, where the lesbian alien ‘Mary’ likens herself to the Greek hero Philoctetes, on Lemnos for ten years. In ‘The Curse of the Black Spot’, the Doctor battles the mythological Sirens, where else, on a pirate ship.
The Doctor’s intervention in Greece also involves some luminaries that would otherwise have been lost in the mists of obscurity. In the 1982 episode ‘Four to Doomsday’, Bigon, originally a Greek philosopher, is abducted by Monarch on his fourth visit to Earth and converted into androids. Retaining his Greek attributes, though, Bigon is promised he will rule over Europe once the planet had been conquered – he rejects this offer, believing democracy to be the best form of government. Nonetheless, Monarch retains him to provide an element of doubt in his perfect society, believing that Bigon is an intellectual galvaniser. Said Bigon helps the fifth reincarnation of the Doctor to defeat Monarch and oust the androids from Earth.

Unanswered questions remain as to where Doctor Who was during the Asia Minor catastrophe and indeed in 1453 when Constantinople fell. While the revelation of the Doctor’s involvement in the Battle of Navarino, a glimpse of his Tardis around Souli, as he emerges, clad in foustanella, or the resistance’s blowing up of the bridge at Gorgopotamos would by now leave us all unsurprised, the future unmasking by the Doctor of Eleni Menegaki as an Auton bent on world domination or of the hideously imitative Stavento as the brain-washing vanguard of the Dalek invasion are all events that we would most likely have to brace ourselves for. And in the days to come, when the Doctor has exposed the current inhabitants of the Parliament of Greece as flatulent Slitheen and exiled them to their home planet of Raxacoricofallapatorius, we will all breathe a sigh of relief, and gird our loins for the next galactic onslaught.