Minister confirms Victorian base for marketing and coordination 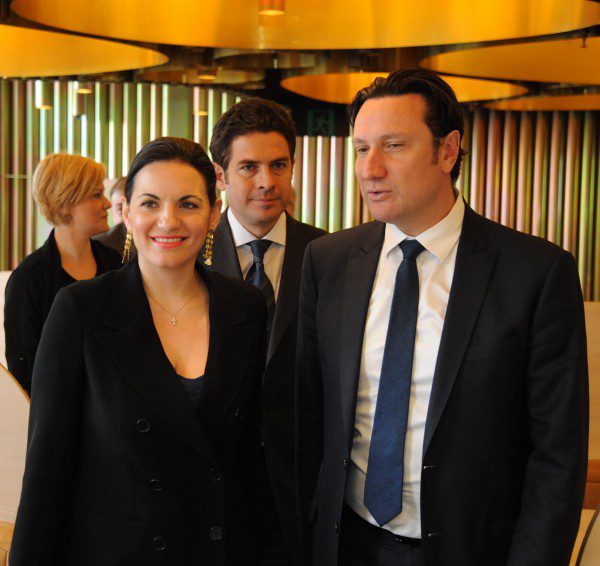 Greece’s Tourism Minister Olga Kefalogianni met tour operators in Melbourne this week to discuss new ways to promote Greece to the Australian market – and said that establishing a presence in the Victorian capital for the Greek National Tourism Organisation (GNTO) is high on her agenda.

The meeting – which took place at the Hellenic Museum on Tuesday – heard Minister Kefalogianni outline Greece’s latest global marketing campaign aimed at increasing tourists to lesser-known destinations and outside the peak season. Of the 18 million tourists who visited Greece in 2013 almost 130,000 of those were from Australia, and efforts to increase that figure are to include a stronger GNTO presence down under.

During her presentation the minister outlined plans to appoint a Melbourne-based GNTO officer to spearhead Greece’s promotion as a tourist destination in Victoria. She confirmed the Sydney GNTO office will remain.

During a round table discussion a range of topics were discussed as to how tourism from down under could be encouraged, including a greater focus on thematic tourism – utilising social media in particular to target potential visitors with interests in cultural attractions and activities.

With tens of thousands of Australians heading to Turkey and France in 2015 for the Centenary of Anzac, the minister said that developing new ways to promote Greece’s profound WWII Anzac connection would also be considered.

The minister was accompanied by vice chairman of the GNTO Mr Christophoros Kaparounakis.

Meanwhile, controversy surrounding the Greek coalition government’s plans to privatise swathes of the country’s coastline have come under fire in Greece and internationally.

As the minister spoke in Melbourne, a draft bill submitted to the Greek Parliament by the Finance Ministry to lift restrictions on construction along the country’s coastline was essentially frozen, following protests from across the political spectrum, including objections by junior coalition partner PASOK and environmental groups.

In its current form, the legislation lifts restrictions on the maximum area designated for beach concessions such as bars, umbrellas and sun loungers while banning the right to unhindered access to the coast for the public.

Asked about the issue, Minister Kefalogianni told Neos Kosmos that she understood the concerns over the bill, but amendments to it would ensure sustainability in any new legislation.

“I understand people’s concerns, but I have to say as Minister of Tourism, that the protection of the natural environment – and sustainability – is the foremost important aspect of how we want tourism to develop in the future.

“In no way would we support a bill that would go in the opposite direction,” said the minister.

Public consultation over the controversial bill – originally due to be completed by May 13 – has now been extended beyond the upcoming local authority and European Parliament elections.