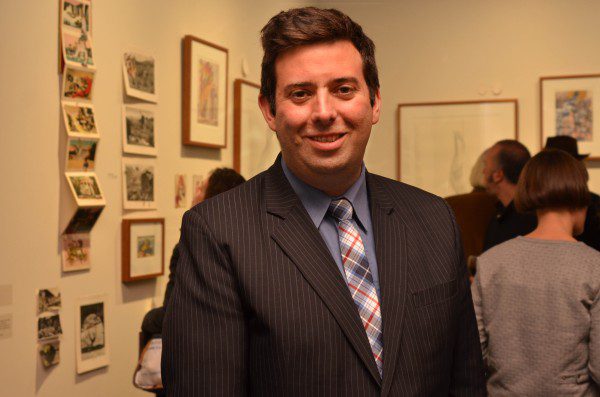 Two recent alleged sexual assaults on Sydney Road, and one in Thornbury in the past month, have sent a wave of fear through the Greek community who reside, work and socialise in the Brunswick and inner north areas. Moreland Mayor Lambros Tapinos says the council has responded by developing new safety measures to be used in and around the Sydney Road area, but also addressed the need for more preventative measures to allow women to feel safer on the streets.

“The area is changing with a new demographic coming in,” Mayor Tapinos tells Neos Kosmos.

“It has a vibrant night culture and activity and that means we need to ensure street lighting, taxi ranks and CCTV cameras are improved, upgraded and installed.”

The council will be installing nine new CCTV cameras up and down Sydney Road that will be screened live into the Brunswick police station. Better taxi ranks and well lit streets will also be addressed by the council, and, starting today, free defence classes for women provided by Guardian Defence. The council is also working with the venues to ensure people who are intoxicated are not vulnerable and are encouraged to take taxis home.

“Preventative programs are very important,” he says, adding that the council supports and promotes White Ribbon day events and activities throughout the year.

Even though Mayor Tapinos says the incidents of the past month are “very rare and isolated incidents”, he still says he is “shocked and really saddened by some of the incidents that have occurred particularly around Sydney road and Lygon street”.

The younger ladies of our community have felt the surge of fear following these attacks. 28-year-old Despina, who often socialises on Sydney Road, and whose family live in the area, says prior to Ms Meagher’s death, she never feared walking to her car, parking off the main street, but since her death, has been quite scared.

Ms Meagher’s attack, and the subsequent alleged assaults, occurred quite close to Pontiaki Estia, which is the dance club she attends weekly.
“I normally park my car just off Blyth Street, and I used to walk down a lane way that was pitch black and I was never worried, but since the first attack I would never park my car there or walk alone,” Despina tells Neos Kosmos.

She says now she always walks with someone, and if she doesn’t she carries an umbrella and her keys close by for protection.

Following Ms Meagher’s murder, Despina says her community “felt scared” and the men in the club became extra vigilant and ensured women never walked alone. She says even when she visits her parents, who live off Sydney Road, she always looks around when getting out of her car because she wants to be certain that no one is around.

Harriet Pliakos, Counsellor/Advocate, South Eastern Centre Against Sexual Assault says there are preventative measures you can do to ensure your safety as much as possible.

Ms Pliakos says not to travel to places on your own. If you are going out for a drink, to be vigilant and have someone with you and to know how you are getting home. Try to stay in well lit areas, and try not to park in side streets as much as possible.

“It’s not a bad idea to be telling people about your movements but we aren’t saying not to live your life, just to be vigilant,” she tells Neos Kosmos. One concern she did raise was the amount of people walking with earphones in which thwarts them from hearing if anyone is following them. She suggests if you are going to listen to music when travelling to have one earphone in so you can at least hear with the other ear.