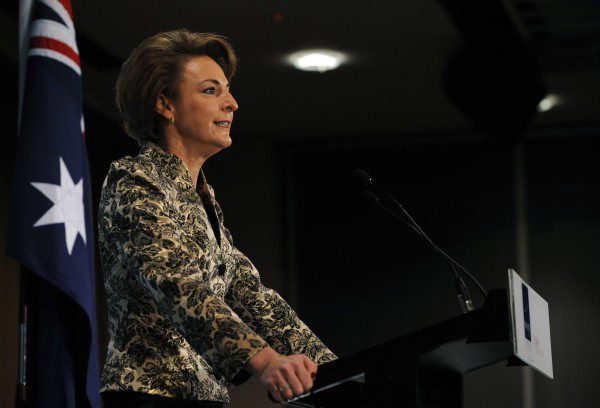 Think about three women in your life who mean the world to you. Statistically, in Australia, one of them will experience physical violence from a male partner or a former partner. The shocking statistics also show that one in five women will experience sexual violence.
Family violence in Australia remains one of the most persistent forms of violence against women and children, with women from CALD and refugee communities amongst its most vulnerable groups.

A fortnight ago, Prime Minister Tony Abbott announced the implementation of the Second Action Plan, the second of four key stages of the National Plan to Reduce Violence against Women and their Children 2010-2022, a bi-partisan initiative between Federal, State and Territory Governments.

As the Second Action Plan is being implemented, Minister Assisting the Prime Minister for Women, Senator Michaelia Cash, believes the plan,
that runs from 2013 to 2016 through 26 actions and new initiatives, will make a difference.

“Indeed, I believe the Second Action Plan will create an irreversible momentum towards a violence-free Australia – towards an Australia where all forms of violence against women and children are condemned at every opportunity,” Senator Michaelia Cash told Neos Kosmos.

“We take a zero tolerance approach towards domestic and family violence. Family and domestic violence and sexual assault is pervasive and it does not discriminate.”

Indigenous women, those from culturally diverse backgrounds and those with disabilities are at the focus of the latest plan that said many of these women could lack access to support networks as well as knowledge of Australian laws, and experience language barriers.

“We know that different groups of women have diverse experiences of violence and that CALD women may face unique challenges, including financial abuse, not being aware of the rights and protections available to them in Australia, not being able to (or knowing how) to access support if they are experiencing violence or not feeling like they can escape violence due to cultural or religious reasons.

“That is why we have provided $1 million funding to White Ribbon Australia to strengthen their focus on CALD communities, and why the Second Plan focuses on supporting overseas spouses, getting CALD communities involved in the National Plan, funding ANROWS research and engaging with The
Foundation to Prevent Violence against Women & their Children, and The Line to include CALD-specific projects and resources,” Senator Cash said.

According to Victoria Police Annual Crime Statistics 2012/13, there were 60,829 incidents where police submitted family incident reports. This was 21.6 per cent higher than the 50,016 reports submitted in 2011/12.

In Australia, more than one woman a week dies at the hands of a male partner or former partner.

A critical component of the Second Action Plan is the recognition that some women and children can be more vulnerable, or have diverse experiences of violence, with the imperative being that the needs of these particularly vulnerable groups are met.

“We sometimes take for granted the intrinsic rights that we have in Australia. We must be aware that sadly, some women coming to our country are not afforded the same rights at home and we must as a government ensure they are equipped with the knowledge they need to prevent being subjected to violence and abuse.

“Throughout the consultation phase of the Second Action Plan, it became clear that we needed to have a deeper focus on, and understanding of, the experiences which CALD women, women with disability and Indigenous women have in relation to violence,” Minister Cash told Neos Kosmos.

Acting CEO of No To Violence, Victoria’s peak body for male family violence preventions, Rodney Vlais told Neos Kosmos there is no doubt that some groups of women are more vulnerable, which is why concerted national efforts – such as the National Plan – are essential.

“A number of the policies announced in the recent Federal Budget, if implemented, can have the potential to make things much harder for women experiencing violence, through creating economic insecurity and dependence, making it harder for women to leave men who are using violence. The National
Plan is very important, and there’s a number of helpful things there, but a plan like this can so easily be undermined by other social and economic policies
such as these,” Mr Vlais told Neos Kosmos.

According to Senator Cash, women from a CALD background already face unique challenges as migrants, refugees or international students – such as needing to learn a new language and navigating a new culture and justice system – and many may not be able to access the support they need if they are experiencing violence.

“Indigenous women experience alarmingly high levels of violence – indeed, statistics show that they are 31 times more likely than non-Indigenous women to attend hospital because of family violence related assaults. Women with disability are more likely than other women to experience domestic and family violence and sexual assault and the violence is likely to be more severe and continue for longer. CALD wo”We need to explore and understand the diversity of these experiences so that we can better support and protect these women.”

With an estimated 67 per cent of Australian women not contacting police after an incident of physical assault by a male, Senator Cash highlighted that the Second Action Plan has a strong focus on ensuring services meet the needs of women and their children escaping violence.

“The government has made considerable investment in services such as 1800RESPECT, Australia’s first professional national domestic and family violence and sexual assault counselling service. We have a strengthened focus on improving the way services and systems work together – this involves improving risk assessment and information sharing between the courts, police and the community sector,” she said.

One of the new initiatives the government is funding to support the Second Action Plan is $3.3 million for CrimTrac to develop and test a prototype for a National Domestic Violence Order (DVO) Scheme, to strengthen the identification and enforcement of DVOs across state and territory borders.
With family violence reports at record levels, the Men’s Referral Service has addressed an urgent call as it seeks more men to volunteer as telephone counsellors. The service operates in Victoria and New South Wales, providing anonymous, confidential phone counselling, information and referrals to help men stop using family and domestic violence.

An information and selection day will be held on Saturday 2 August in Melbourne. An application package can be downloaded from the Men’s Referral Service website at mrs.org.au/volunteer For more information contact (03) 9487 4500 by Friday 25 July.

To take part in White Ribbon Night on Friday 25 July and support its work in preventing violence, visit www.whiteribbon.org.au/events