Anastasiades due to visit Athens 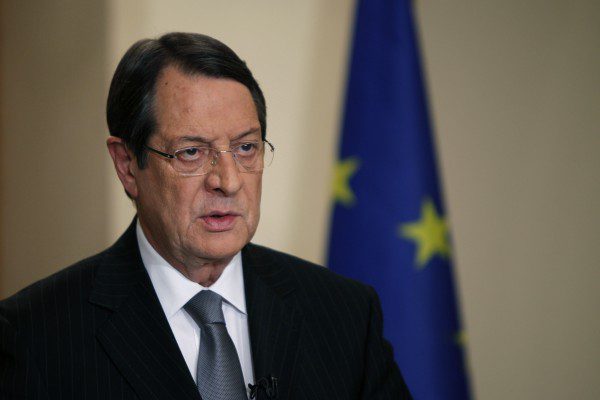 Cypriot President Nicos Anastasiades is due in Athens on Monday to discuss the ongoing reunification talks on the island with Greek Prime Minister Antonis Samaras and Foreign Minister Evangelos Venizelos.

Sources said one of the issues to be covered will be the European Union’s reluctance to take an active role in the negotiations between Nicosia and the Turkish Cypriots. Athens and Nicosia are thought to have been underwhelmed by European Commission President Jose Manuel Barroso’s decision to appoint Pieter Van Nuffel, a low-level technocrat, as his personal representative at the United Nations Good Offices Mission in Cyprus. Van Nuffel met with Anastasiades in March.

There are also concerns in Nicosia that peace talks with the Turkish Cypriots are stalling.

“Things are difficult but we have a duty to keep going,” said Cypriot negotiator Andreas Mavroyiannis.

Turkish-Cypriot leader Dervis Eroglu called on the UN to scrap Security Council Resolution 550, adopted in 1984, which calls for the transfer fenced-off area of Varosha to be placed under UN control.