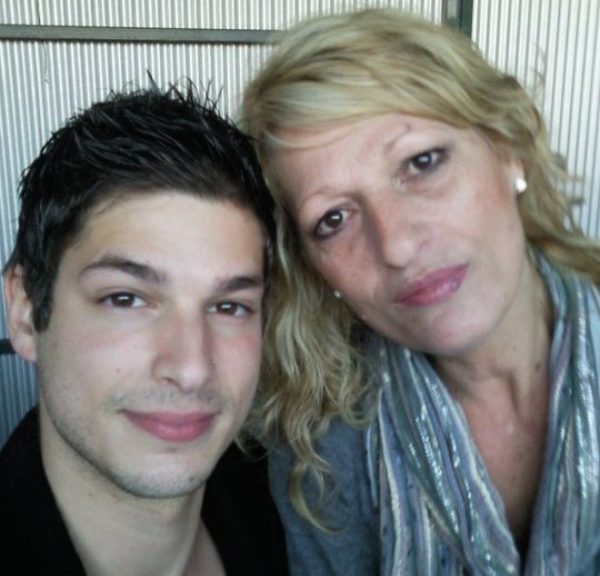 Homosexuality has been rife in the media of late. Five-time Olympic gold medallist Ian Thorpe ‘came out’ after years of speculation and AFL commentator Brian Taylor made a highly derogatory comment live on air last week about an AFL player.

Homosexuality can be a very taboo subject in most Greek Australian homes, especially for more conservative Greeks.

Michael Vazourakis is an ordinary 23-year-old Greek Australian. His parents, now divorced, were both born in Greece – his mother in Gargalianoi,
Peloponnese and his father in Chania, Crete.

Michael, like most Greek Australians, has grown up in a traditional Greek environment, but his story is more unique than most – he is gay.

He came out at the very young age of 15 and spoke to Neos Kosmos about all things ‘gay’ – from his experiences ‘coming out’ to a Greek family, to homophobia and how society deals with homosexuality.

It was an Australian movie, Head On, featuring Alex Dimitriades, about the tale of a 19-year-old Greek Australian struggling with his homosexuality that inspired him. He says his sister was his biggest support and that coming out at such a young age was something that he’s proud of and would never change. For him it gave him control over his life.

“I watched that [Head On] when I was younger and after it finished I kind of just started breaking down bawling my eyes out because I related to it, the culture thing, I’m a Greek Australian as well, and even though his life wasn’t my life, just the fact that we had that in common, and he was gorgeous and I was like yeah that’s me (laughs).

“I broke down, I started crying and my sister had come home and I spoke to her and go ‘this is what I am and I’m scared’. She gave me a hug and started crying with me, and she said ‘I know and don’t worry we’ll be able to take on anybody’,” he says.

That was the biggest step for him, telling the first person, and one of the closest people in his life, about his sexuality. From there he went on to tell the rest of his family and friends.

“I told my mum and then it snowballed from there. I started telling friends, then I came out at school, I had decent support there as well, despite the fact that I used to get a lot of crap at school, so it made it all bearable. My friends made everything bearable for me at school.”

Despite support from his mother’s side of the family and (for the most part) high school friends, he did face adversaries, and some of those were his own family.

“[I] had extremists. I had my dad and his side of the family, they didn’t take it too well.

“My dad reacted very negatively, and we didn’t speak for close to a year afterwards, so I did have the kind of bad side of life. Friends at school, people I actually expected to stick around didn’t, and the ones that I didn’t expect were the ones that came through and accepted me. It was really strange.”

When he was asked about his relationship with his father, and his father’s family, Michael says despite the initial difficulties, they have come around to his sexuality.

“They are a lot better now yes. I’m living back at my dad’s house so it can’t be that bad.”

“It is something that can’t be spoken about too much. They [his father’s family] make jokes, which is a good step for me… I like the jokes because it’s the way my family kind of operates. When you can joke about something you can come to accept it.

“The best way that I put it is he [his father] doesn’t accept it, he deals with it. But given the fact that he’s 64 years old and has been stuck in his ways for many years and is quite stubborn, being Greeks as we are, it’s a hell of a lot of progress in just under 10 years. It’s just that people fear what they don’t know.”

And he says that the topic of Greeks and homosexuality is a tricky one, one they do not accept very well.

“I feel that the pride of Greeks gets in the way of any kind of acceptance. That’s just from my own personal experience.

“On the positive side of things I’ve never had a person of the Greek Australian community, or any kind of Greek that I know of, turn around to me and go ‘you poofter’, I’ve never had that kind of aggression. But just like anything else they’re guarded, they’re just not sure about it.

“I went to Kinisi last weekend and there was no trouble. I was socialising with people and when I told them or when it came up in conversation it’s not so awkward. They were actually really good with it and I was shocked, because all preconceived ideas I had in my head about the Greek community changed a little bit – but they were younger men. For the older men, it’s the old saying you can’t teach an old dog new tricks… as cliché as it is I think it applies.”
He says he always tries to represent his community when dealing with people.

“I’ve always made it my mission that if I’m the first gay person that a person’s going to meet then it’s my job to represent my community. If I hit on the person, or make them uncomfortable in some kind of way, that’s how they’re going to look at my community because that’s their first experience. It’s my job to kind of disarm them and to let them know, ‘this is how I am, yes I like men, but it’s got nothing to do with you so relax’.

When he was asked about the burden he puts on himself, he says that it is a necessary step to bridge social gaps.

“I think it’s the responsibility that all of us should take on, it’s something that if we’re hoping to achieve this kind of standing in society and hoping to integrate in this way and to become equal, that’s kind of the burden you have to bear.”

Although he’s seeing improvements within the Greek Australian community, he says that the Australia community holistically needs to be more accepting.
“We are at a point where…. we’re disillusioned, we’re like ‘it’s accepted now, it’s fine, it’s all good’ and it’s just not the case. There is still so much work to be done. Don’t get me wrong we have come a long way and it’s a great thing but I don’t think complacency is the answer.”

For Michael homophobia is something he experiences, for the most part, on a daily occurrence.

“I wish I could say that it was once a week but I would say nearly daily you would experience it, or you would come across something or someone who speaks a certain way or who sort of behaves a certain way and you could perceive it as homophobic.”

His solution to further integration and acceptance towards homosexuals is a pragmatic one.

“Demystify it! That’s the sort of approach I make personally in my life with friends, it’s just to demystify the whole thing. The whole point of our community is to celebrate diversity and we do it proudly and that’s a great thing but there needs to be some focus on what we have in common, not just what we have differently.”