What can we learn from ancient Greeks?

It isn’t the Greeks that need the Germans or indeed Europe. It is Europe that needs the Greeks says Simon Critchley 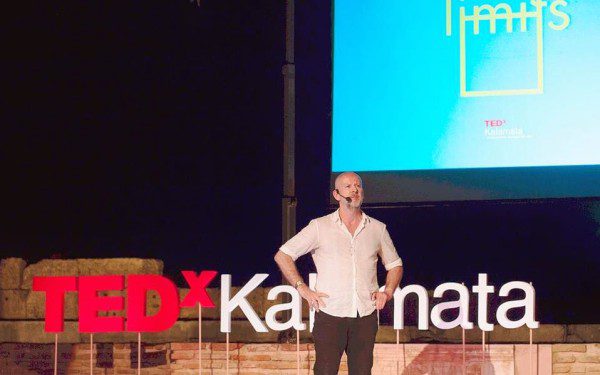 Our theme is limits. And we are gathered here at this limit of Europe, close to the sea: the limitless, the boundless.

And we face all sorts of limits. There are the limits of knowledge – faced with the vastness of the cosmos and the smallness of the human mind.

There are the limits of life – we will all die, and who wants to die? I don’t. And what lies beyond death’s limit? And if nothing lies beyond it, then how do we accept that life is so limited, so brief, that man is a shadow that is here and then gone?

Minute by minute, day by day, and year by year, we confront terrifying ecological limits, the limits of human life on earth.

Capitalism, we are told, is limitless, it promises a future of limitless growth, limitless wealth. But we know to our cost that this is wrong. Capitalism is limited by the very brutal growth that it produces and promises. What it gives us is another horrible limit: austerity.

We seem more limited in our tolerance of others and grow impatient, scared, inward-looking, and seek shelter behind the limits of our nation states, obsessed with the security of those limits, both our national borders and the psychological borders of our supposedly precious privacy, where we face seemingly limitless surveillance.

It seems that in Europe we have reached the limits of tolerance, because we no longer know what Europe means. What is the European project? Where does Europe end and begin? In Ukraine? In Turkey? And why just there?

And when it comes to politics perhaps we confront the limits of our patience.

What is going on in the world? What is happening here now, in Europe, in North Africa, which is just across the sea, in the Middle East, in Syria, all across the world?

We face a new world disorder.

And this is why we need Greece. The last few years have been the occasion for a lot of beating up on Greece. It is said that the Greeks are lazy, every one of them owns an island. They lounge around in the sun and have way too much pleasure and eat too much good food and drink too much good wine. They are profoundly corrupt and so on.

The Germans in particular seem obsessed with this image of Greece, in some sort of weird, sadistic way. They seem to get huge pleasure in producing pain in Greece, the pain of austerity. To which I say no, no and thrice no.

It isn’t the Greeks that need the Germans or indeed Europe. It is Europe that needs the Greeks. Not the glory that was Greece. Not the Hollywood version of ancient Greece: white men in togas. Not that. Not at all. That’s ideology, that’s nationalistic bullshit. That we can do without.

If we listen carefully, we can hear that the ancients are quietly but insistently calling to us. They tell us about us, about what it might mean to be us, about the limits that we face today.

It is a theater. What is a theater? It is a place where an audience of spectators, of “theoroi,” of theorists – you – watch action unfold onstage. But what do the spectators watch? They watch “praxis,” they watch the imitation of action, “mimesis praxeos,” as Aristotle said.

In watching theater, you experience pity and terror, “eleos” and “phobos” and can achieve some “katharsis” of those emotions, some kind of transformation and elevation of the passions.

Here, right here, there was theater, the miracle of theater, in front of thousands of citizens. There was comedy, there was satyr play, but most of all there was tragedy.

This brings me to my question: What was it for? Why did tragedy exist?

Clytaemnestra rages at Agamemnon because of her grief for her daughter Iphigenia, slaughtered like a young foal in order to ensure favorable winds in the sails of the Greek ships on their way to Troy.

We might add a further question to Carson’s list: If tragedy is the rage that follows from grief, then why are the characters in tragedy full of grief?

It is because they are full of war and people have been killed. Tragedy might be defined as a grief-stricken rage that flows from war. If this might somehow seem remote and abstract, then just think of the politicization of funerals that has been a grimly recurring fact of life in the last years, from the so-called Arab Spring (which was neither Arab, nor a spring) to the current, bloody debacle in Ukraine. Protesters are shot at the funerals of protesters who were shot for protesting against the governing regime.

We live in a world whose frame is war and where justice seems to be endlessly divided between claim and counterclaim, right and left, conservative and progressive, believer and non-believer, freedom fighter and terrorist, or whatever. Each side believes unswervingly in the rightness of its position and the wrongness or, as is usually said, evil of the enemy. Such a belief legitimates violence, a destructive violence that unleashes counter violence in return.

Such is what often seems to pass for international politics in our world. This is where, I think, a reflection on Greek tragedy, right here, right now in this theater, might at the very least illuminate our current predicament and tell us something about our present and its limits.

At this time, more than any other in my lifetime, we need to revive the ancient Greeks, their realism, their skepticism and try and learn a little of their “sophia.”

Because the history of Greek tragedy is the history of war, from the war with the Persians in the early 5th century BC to the Peloponnesian Wars that run until that century’s end; from the emergence of Athenian imperial hegemony to its dissolution and humiliation at the hands of Sparta, which is just down the road from here, as you all know. The oldest piece of theater that we possess, “The Persians” from 472 BCE, deals with the aftermath of the Battle of Salamis in 480, eight years later Aeschylus puts that on stage in Athens. The first thing one notices about theater is that we have a depiction of the enemy not with hostility, but with sympathy. Sympathy for the enemy. At the end of that play a ghost appears. There are many ghosts in theater. There is a ghost in “Persians,” there is a ghost in “Hamlet.” The problem with the dead is that they won’t stay dead. And the ghost of Darius the Great appears and says to his son Xerxes: “You are rubbish, you lost the battle, but most importantly you desecrated the sacred places of the Greeks and you should never do that. That’s hubris.” And then he says to the Greeks, “If you act the same way, if you desecrate what is sacred, you will come to the same conclusion.”

* Simon Critchley is professor of philosophy at the New School for Social Research in New York. This edited opinion piece is based on his talk at TEDxKalamata on June 7. Held at the Ancient Theater of Messene, this was the first TEDx event to take place at an archaeological site.