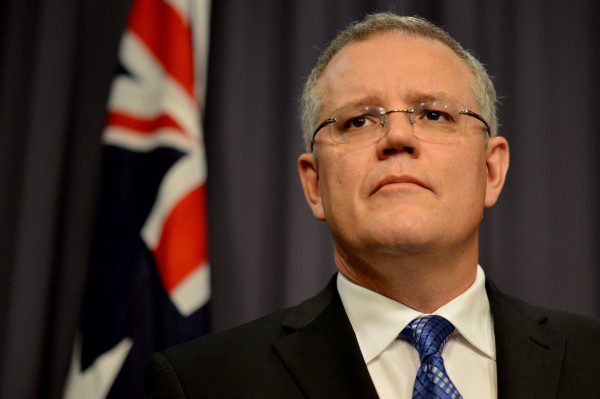 A new study combined with the publication of internal Immigration Department documents has dropped a bombshell on the Australian government’s immigration program and questioned the integrity of Australia’s visa procedures.

The publication of the Monash report coincided with the release of confidential Immigration Department documents by Fairfax Media, who weighed into the government’s record on visa integrity with allegations of corruption, fraud and mismanagement.

The Monash report titled ‘Immigration and Unemployment in 2014’ shows that recent overseas-born arrivals to Australia have “taken almost all of the net job growth” since 2011, and that the Skilled Occupation List that purports to identify priority occupations for Australia’s skilled migration program – is seriously flawed.

The government claims the skilled migration program attracts workers who have skills required by Australia that cannot be supplied by the domestic workforce.

Authored by immigration experts Dr Bob Birrell and Dr Ernest Healy, the Monash report shows that 380,000 arrivals to Australia since 2011 found jobs while over the same period, net job growth was only 400,000. Dr Birrell has called for the Australian Government’s “out of control” visa system to be “fundamentally reviewed” because of the findings.

Dr Birrell’s research using the latest ABS data, identified that over the past three years skilled migration visas were awarded to thousands of foreign cooks and accountants, despite a surfeit of local candidates being available for the same jobs.

Meanwhile, confidential Immigration Department documents obtained by Fairfax show that many foreign workers who gained permanent residency through the skilled migration program first arrived as students, many of who are suspected of enrolling in fraudulent international education schemes operating between 2006 and 2010.

In October 2009, an internal department report said the Department of Immigration and Citizenship “may have been responsible for granting a record number of student visas to people who may not be considered genuine students as well as granting permanent residence to skilled migration applicants who do not have the appropriate skills being claimed.”

Dr Birrell has called for the recruitment of migrant workers whose occupations are in surplus in Australia or have potential resident candidates, to be halted immediately.

Immigration Department data used in the Birrell/Healy research shows overseas-born cooks and accountants made up the leading occupations granted visas under the permanent entry skill program in 2012-13.

More than 8400 cooks and over 1000 pastry chefs and bakers were given visas under the permanent entry skill program in 2012-13.
In the same period, cooks also made up the largest occupational group given temporary 457 visas, despite cooking having been deleted from the government’s skilled occupation list for more than four years.

The Monash report also highlights how Australia granted visas under the permanent resident skilled program and 457 category to nearly 7000 foreign accountants in 2012-13.

In 2012, 7200 domestic students completed bachelor or higher degrees in accounting, with the Commonwealth Department of Employment declaring that “a more than adequate supply of accountants” existed in Australia.

Dr Birrell says that Australia’s immigration program encouraged rorting of a number of visa categories in order to obtain permanent residency, rather than educational outcomes.

Extracts from Immigration Department documents obtained by Fairfax Media suggest departmental investigators highlighted their concerns over student visa and skilled migration visa rorts between 2006 and 2010, but their warnings were ignored.

The report stated: “The department’s investigators reported that foreign students were paying about $50,000 to achieve permanent residency through a ‘significant cottage industry’ involving ‘migration agents, employers and education providers who are linked to a significant level of organised fraud and crime.”‘

Speaking to Neos Kosmos Dr Birrell said that concessions (including allowing graduates a two-year stay after completing their courses) and visa extensions offered to thousands of foreign students in the mid to late 2000s created a backlog of applicants for residency visas.

Many of these students enrolled in cooking courses and only began to be processed by Immigration in 2011-12.

“This is why cooks and accountants have been the major occupations given visas in that year and following years,” said Dr Birrell.

Dr Birrell has called for a reduction in the permanent entry program where there is strong evidence that the occupations are in short supply, and for the number of temporary entry visas issued to be reduced – particularly to working holiday makers who compete with young Australian resident job seekers for entry level jobs.

Peter Jasonides, Managing Director of the Institute of Tertiary and Higher Education Australia (ITHEA), one of the leading vocational training providers for international students in Victoria, told Neos Kosmos: “While recent changes have made it harder for students to abuse visa regulations, more can and should be done to police the student visa and skilled migration programs.

“Our Vocational Education and Training sector regulatory body the Australian Skills Quality Authority is constantly monitoring the quality of operation of colleges throughout Australia.”