New migrants must be part of ‘team Australia’ 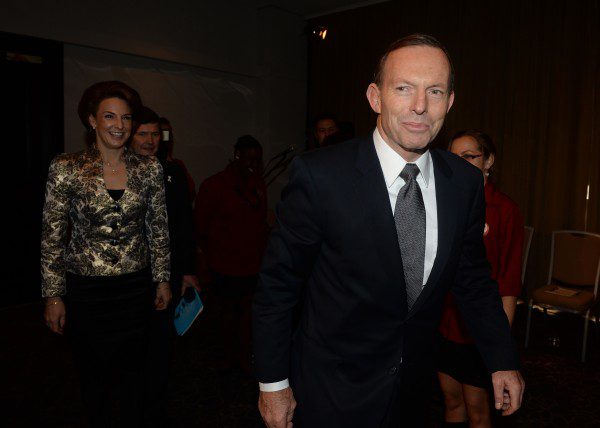 Prime Minister Tony Abbott said migrants had to be on “Team Australia”, and warned all citizens to be vigilant to the threat of home-grown terrorism.

Abbott’s government is hardening its terror laws to make it more difficult for Islamic extremists to travel from Australia to fight in places such as Iraq and Syria and easier to arrest them on their return.

“We’ve got a serious problem of radicalised people going to the Middle East to fight with terrorist groups,” he told Sydney radio station 2GB.

“Some of them will want to come back to Australia and they do pose a risk if they do, because they’ve been radicalised, militarised and brutalised by the experience.”

As many as 150 Australians are said to be fighting alongside militants overseas, including at least one Sydney man and his young son who have posed for photos with a severed head.

Abbott said that of the Australian residents who had fought alongside insurgents in Afghanistan, about two-thirds became involved in plotting terrorist acts on their return.

“So, we do have to be vigilant against it and my position is that everyone has got to be on ‘Team Australia’,” he said, referring to a catchphrase he used when introducing the terror laws this month.

“Everyone has got to put this country, its interests, its values and its people first, and you don’t migrate to this country unless you want to join our team.”

Asked what should be done if someone was found to be flying the flag of a terrorist organisation at their shop or home, Abbott said: “I don’t know what the legal position is but frankly the only flag that should be flying is the Australian national flag.”

The Prime Minister, who was meeting with Muslim community leaders in western Sydney on Monday, stressed that Australian society was made up people from diverse ethnic and religious backgrounds.

“It’s important that individual communities can’t be caricatured on the basis of a militant few rather than on the basis of what I take to be a sensible majority,” he said.

The counter-terror legislation under preparation will make it easier to identify, charge and prosecute people who have been engaged in terrorist activities overseas, and prevent extremists departing.

But some Muslim groups have questioned the reach of the laws, which will also make it an offence to travel without a valid reason to a so-called designated area, as nominated by intelligence agencies.