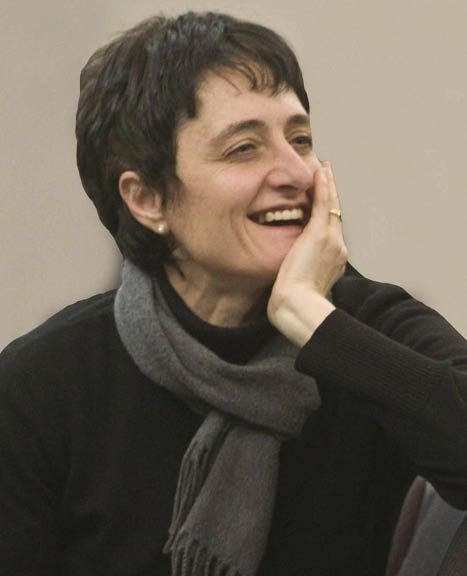 Greek Australian Professor Joy Damousi has been awarded the Australian Laureate Fellowship, the highest academic award available in Australia for all disciplines.

Joining only 15 other distinguished researchers and now laureate fellows around the country in receiving this award, announced by the Australian Research Council (ARC), Professor Damousi is the first University of Melbourne female academic to win the prestigious award and also the first awarded in the humanities department of the same university.

Professor of History at the School of Historical and Philosophical Studies, with research interests in war, trauma and post-war Greek migration to Australia and child refugees, Damousi was recognised for her world-class research into the history of child refugees in Australia, from 1920 to the present day, and the ways that the Australian government handled those children. Her research will also tackle how the past can inform the current and future approaches to humanitarian immigration.

Professor Damousi told Neos Kosmos she was delighted to receive the news about the award, that will add an extra momentum to her enthusiasm for the research of child migration.

“The key thing about it is that you get to do five years of full-time research, and build a team of researchers with you.

“I’m very excited and enthusiastic about it and I’m looking forward to building up on that research more in the next five years.”

The seeds of her interest in child migration, Professor Damousi said, were laid with her earlier research on the history of child removal to Australia during the Greek Civil War – the paidomazoma – that analysed the migration of children to Australia for the first time.

“I got interested in child refugees and generally the history of it, the views that Australian government held about those children when they came to Australia and the way it got children out of those affected areas – from 1920 till now.

“Through the history Australian government was sometimes very supportive and very open to refugees – in other periods it was very restrictive and very ungenerous in its approach. The reason I looked at children is because no one has really looked at them as a separate category of refugees. People have different views about children – when you start talking about children their views change. That’s when it gets to the heart of people – even if you don’t have political position about refugees, people often move ground because there is innocence involved.”

The issues will be looked up in detail in the next five years of Professor Damousi’s research. In the first place, the research will look at shifting attitude and shifting public policy about children.

Secondly, it will look at the move from offering humanitarian aid to children to human rights – that don’t come until 1960, with the United Nations’ Declaration of the Rights of the Child.The research will focus on four different communities that have stood out with the highest number of children refugees to Australia, and the experience of their child refugees in Australia.

“We wanted to get diversity from 1970s till now, and if you look at the groups that have the highest migration of children, it’s the Vietnamese in 1970s, the Bosnian in 1980s and 1990s particularly, and of course the Sudanese and Afghan more recently.

“We know that before 1970, the children who came to Australia were Jewish children, after World War II, than British and German children.

“After WWI, children didn’t come to Australia because the Australians went to the children. In 1920s, Australian humanitarian workers established an orphanage in Syria to look after children orphaned in the Armenian genocide. After WWI, there were 500,000 Serbian orphans. The state had no capacity to deal with it, so many English and Australian women went to those areas, setting up orphanages. That changes in 1930s when we get applications from Jewish communities in Melbourne and in Sydney, trying to get Jewish children out of Europe. The research will look into those different patterns,” Professor Damousi explained.

If there was one, the most important lesson to learn from the Australian approach to child migration in the past, Professor Damousi is adamant that Australia needs to be more flexible in how it deals with child migrants and refuges today.

“As a form of public policy, I think children raise a whole lot of different questions to adults. We have to be a lot more flexible in how we deal with child migrants and refugees. The refugee policy is often black and white, but dealing with children – especially orphan children – is very complicated. You need to be more flexible when you are looking at children, whatever your political persuasion may be.”

In addition to the Laureate Fellowship, Professor Damousi received the Kathleen Fitzpatrick Award to undertake an ambassadorial role to promote women in humanities, arts and social sciences research.

Named after Melbourne University historian, one of the key parts in this scholarship is to mentor and support female researchers to become scholars.

For Professor Damousi, it’s a labour of love and something she takes pride in.

“I love encouraging young researchers – and the ARC sees it as very important to encourage young women because in this male dominated area.

“We have to get more women in there, and more research and awards in the humanities.

“It is great to see the ARC supporting studies of migration like this – it’s a great thing for us as the Greek community, and other communities as well, for whom these issues are so important. We have a lot of stories to tell, and they haven’t all been told yet.”

Joy Damousi is the author of numerous books. With Philip Dwyer she is the general editor of a four volume World History of Violence, due to be published by Cambridge University Press in 2017. Her book about Greek migration will be published in 2015.