Connexion Media, owner of the in-car app miRoamer, is now afloat on the ASX 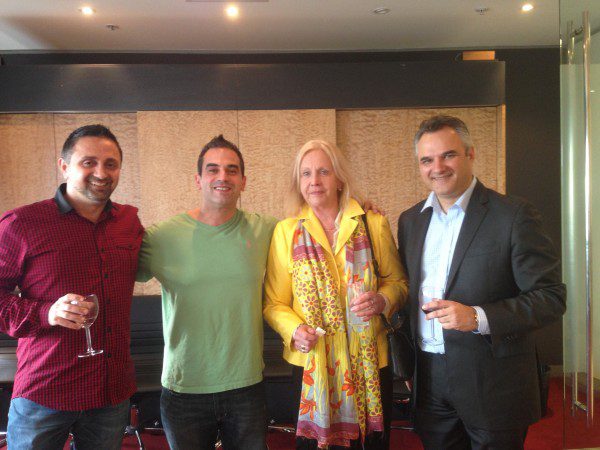 The company that owns the miRoamer internet radio application for cars has finally floated on the Australian Securities Exchange (ASX).

Connexion Media, headed by former Toyota Australia boss John Conomos and miRoamer director George Parthimos, is selling at around 17 cents a share since its launch on August 29. It was floated at a rate of 20 cents a share and has only dropped a couple of cents as it begins to regulate itself.

The company managed to raise $3.25 million through its prospectus, and will be using the funds to commercialise its miRoamer web connected vehicle technologies.

The miRoamer app is a radio and music service that is now integrated into the next generation range of General Motors (GM) connected cars.

The cars will house a sim card and sensors that will relay information back to the company and to the car manufacturer. That is where Connexion Media is hoping to create most of its revenue.

It will on-sale anonymous data from the vehicles to interested parties, while also include audio advertising through the app, and banner advertising on web services and smartphone applications.

“It is a great time to be involved in the connected car market,” said Mr Parthimos.

“The current focus is automotive through integrated services and apps which will be available across mobile devices, web portals and consumer home electronics, all areas where we expect substantial uptake.”

MiRoamer completed a reverse merger transaction with Connexion Media earlier this year to make the transition to the ASX easier.

Rather than setting up an IPO (initial public offering) themselves, they used a share market shell and renamed themselves Connexion Media.

The company is still run by miRoamer CEO George Parthimos, who is now the Connexion Media managing director and CEO, while John Conomos becomes the chairman and non-executive director.

The company trades under the issuer code of CXZ.