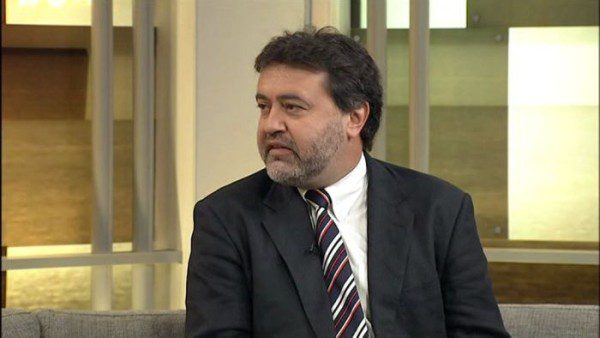 The statement is as follows:

“The planned visit to Australia in October by two members of the extremist Greek political party, Golden Dawn, is a matter that should concern all Australians. Golden Dawn is committed to promoting division between ethnic and religious communities. It also promotes hateful attitudes towards women and espouses the marginilisation and suppression of people who it deems to have an ‘unnatural’ sexuality. These prejudices are entirely incompatible with the vision of a peaceful, tolerant, multicultural Australia that promotes harmony and cooperation across all parts of society.

Beyond its racist, bigoted ideology, Golden Dawn draws inspiration from the violent methods of the Nazi German regime of the last century. Its members and supporters routinely whip themselves into a frenzy of hate with torchlight rallies, demagogic rhetoric and stiff arm salutes.

Some members (including senior leaders) have been charged by police with bashing defenceless individuals who they deem to be enemies.
During 2013, the leader of Golden Dawn and dozens of its followers were arrested in Greece and charged with offences ranging from murder and causing explosions, to blackmail.

Australians have a proud record of bravery and sacrifice in fighting and defeating fascism in the twentieth century. We call on all Australians to unite once more to demonstrate their detestation of the message of hatred and the violent politics being propagated by groups like Golden Dawn.”

The mobilisation and the public statement comes after Golden Dawn activists in Australia announced the imminent arrival next month of two Golden Dawn Members of the European Parliament (MEPs), namely Eleftherios Synadinos and Georgios Epitideios.

However, up until now, the Australian Department of Immigration has not received any requests for such a visit.