It’s going to be close

As Victorians head to the polls today, both major parties have pledged funding to multiculturalism and the Greek community 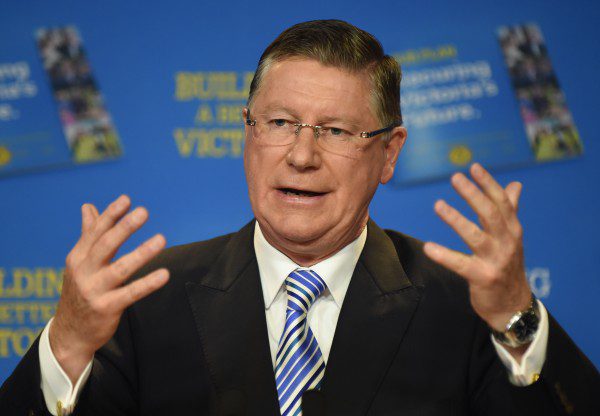 A closely fought out election is being forecasted for Victoria, with initial polls suggesting the Australian Labor Party (ALP) is set for a decisive victory not holding as strongly as the voting deadline approaches.

Both Herald Sun/Galaxy and Fairfax/Ipsos polls put the ALP in front of the Coalition on a two-party preferred basis throughout the campaign, which accordingly would make the Baillieu/Napthine-led government the first one-term government in close to 60 years.

But caretaker Premier Denis Napthine and Opposition Leader Daniel Andrews are both confident of their chances to lead Victoria, and maintain they will continue to push their campaigns until the close of polls.

With 24 candidates from the Greek diaspora vying for both houses of parliament, the inherently Hellenic influence on Victoria continues to sway politicians in relation to policy making.

The two major parties have laid out clear cut funding pledges to various factions of Victoria’s Greek community throughout the election campaign.

The Premier’s office told Neos Kosmos that should a Napthine Government be re-elected it will look to strengthen trade with countries outside of Asia, including heavily influential Greece and Italy, whose migrants have historically played a major part in the shaping of the state. The announcement comes on the back of an extension of an election promise dating back to 2010 which committed the government to international trade missions, the first of which, in this election period, would come from the two European nations. As part of the deal, Victorian businesses will be invited to increase trade links with businesses in Greece and Italy.

The Coalition has also pledged more than $32 million toward multicultural communities in Victoria, including a $13.4 million multicultural grants package, which will provide funding for various communities. That promise comes with a $200,000 funding commitment to upgrade Oakleigh’s Greek Orthodox Community.

It has stated it will also increase emphasis on the learning of secondary languages at both primary and secondary level, and maintains the Greek diaspora is an example of the successes of multiculturalism, with its ability to preserve its culture, whilst successfully integrating into the wider Australian society.

The Opposition leader comparatively has also pledged his support to the Greek community, and told Neos Kosmos it is an important historical aspect that will continue to shape the state’s present and future policies.

“The most important commitment I will make to the Greek community beyond the funded and costed promises is I’ve always been so proud to be warmly welcomed by so many events and functions and I’ve said it many times, the heart of the Greek diaspora beats loudest in Melbourne and Victoria. You can’t imagine Victoria without the contribution of the Greeks and in every area of public life and the economy, the Greek contribution has always made us a fairer and stronger state,” Mr Andrews said.

Despite the favourable polls, Mr Andrews was adamant he would not take an election victory for granted.

When asked about how he would win over suggested disenchanted voters, he said despite a perception of ‘broken promises’ by both major parties at a federal level, Victorians can be confident that a government led by him will deliver on all of its policies.

“We’ve laid out a very clear plan that’s optimistic and positive about our future. It’s costed and funded by a leading global accounting firm.”

“If I’m given the support of the Victorian people on Saturday, and the honour of leading our great state, I won’t waste not even one day in delivering in full the costed and funded common sense optimistic and positive plans that we’ve developed over the past four years.”

But the Coalition has been critical of the Opposition, particularly in relation to the timeliness and effect of its costings, which were released on Thursday.

Two weeks ago caretaker treasurer Michael O’Brien was quoted in The Australian, suggesting the ALP’s election promises were in fact going to cost Victorians, possibly bankrupting the state, with pledges reportedly exceeding $32 billion.

“We have seen Labor promise everything to everyone, but they can’t tell where the money’s coming from.

“If you can’t pay for your promises they simply won’t be delivered,” My O’Brien said.

But Mr Andrews dismissed the claims as “tired old negative” statements that have no current standing, promising to deliver a surplus every year, should the ALP win the election.

“I’ve got an optimistic and positive plan that’s grounded on a triple A budget a surplus every year and rebuilding the community’s faith in politics and that’s about delivering on each and every one of the commitments we’ve made. That is our commitment, that is our bond and that’s the choice that Victorians can make.”

Victorians who are yet to vote can do so today, with voting centres opening from 8:00am until close of polls at 6:00pm.

*Caretaker Premier Denis Napthine was unable to provide further comments before the publication deadline of this article.