A documentary on the Xylouris family to hit Australia 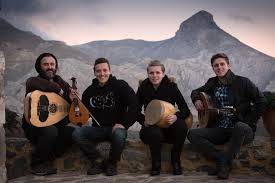 A Family Affair follows three generations of musicians of the Xylouris family, who uphold and pass on the vibrant tradition of Cretan music, performing ceaselessly to followers across the world. The film captures how music is passed on from father to son to grandchildren, in a contemporary Greek Australian family, brought together and separated by their love of music.

A short version of the film, entitled Sounds Like Home was aired on ABC Australia in October 2013 and the feature-length documentary premiered on January 8, 2015, in Athens, Greece. The film’s production was made possible by a successful Kickstarter campaign in March 2014, which helped to cover initial shooting in Australia and trigger the support of ABC TV Australia, the Greek Film Centre and OTE-TV, and most recently NERIT, the Greek public broadcaster.

The music on the soundtrack is performed by George Xylouris, his three children Nikos, Antonis and Appolonia, as well as their legendary grandfather, Psarantonis.

The soundtrack also features recordings with drummer Jim White and the Xylouris and Hannan family friends in Crete and Australia. The music for the film had already been recorded, but in order to create an audio album, the tracks had to be mastered to stand alone at their absolute best. This meant studio time and talented technicians to produce a shining album.

The team is collaborating with Coti K, an established musician, composer, record producer and sound engineer based in Athens, who has been working with sound and music since the 1980s. His work includes collaborations with Tuxedomoon, Stereo Nova, Blaine Reininger, The Raining Pleasure, Nikos Veliotis and Ilios.

The group entered kickstarter and the project was successfully funded on January 6. The film and soundtrack are to enter the Australian distribution market within February and March.