Museum of Cycladic Art weighing up its response 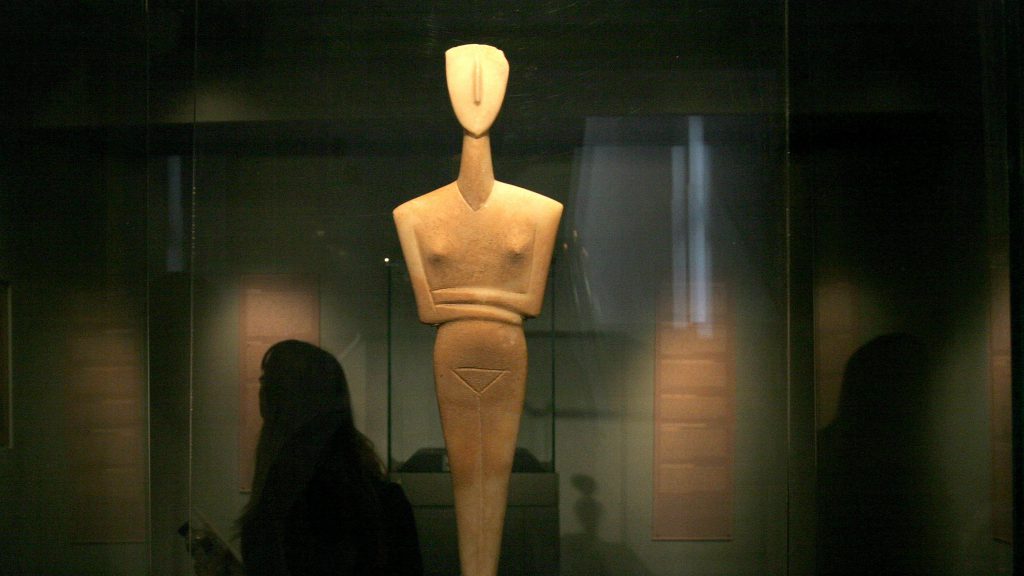 Following the British Museum’s loan last month of one of the Parthenon Marbles to the Hermitage Museum in Russia, the UK institution has made a request to borrow a precious Hellenic antiquity from Athens’ Museum of Cycladic Art.

Given the furore over the British Museum’s recent actions, the Museum of Cycladic Art is reported to be reluctant to loan the artefact for an exhibition opening in London in March entitled ‘Defining Beauty: the Body in Ancient Greek Art’.

A spokesperson for the British Museum told The Art Newspaper that the museum had made the request to borrow a piece, but that the Greek museum “had yet to respond one way or the other”.

The British Museum’s loan to Russia of the Ilissos sculpture is the first time one of the Parthenon Marbles has left the United Kingdom since entering the British Museum collection in 1816.

Despite a previously cordial curatorial relationship between the privately-owned Museum of Cycladic Art and the British Museum, the denial of a loan from Athens will be seen as a gesture to get back at the institution.

The Museum of Cycladic Art is dedicated to the study and promotion of ancient cultures of the Aegean and Cyprus, with special emphasis on Cycladic art of the third millennium BC. It was founded in 1986 to house the collection of Nicholas and Dolly Goulandris.

Meanwhile, the British Museum is reportedly considering three more overseas loans of the Parthenon Marbles. New York’s Metropolitan Museum of Art, Berlin’s Pergamon Museum and the Louvre in Paris are likely contenders to make requests to exhibit parts of the marbles.

The British Museum has confirmed that further loans of the marbles are being considered. A spokesman told reporters: “Museums around the world have shown interest in requesting to loan from our set of Parthenon Sculptures, and we always welcome these conversations.”

“The trustees will consider any request for any part of the collection to be borrowed and then returned, subject to the usual considerations of condition and fitness to travel and this has always been made clear to the world.”

Speaking to Neos Kosmos this week, the founder of the Australia-based international committee for the restitution of the marbles, Mr Emmanuel Cominos, said that museums in Greece should be united in their stance on loans to the British Museum.

“All the museums in Greece should stick together with the Greek government’s request for the Parthenon Marbles to go back to where they belong.

“I hope the owners of the Cycladic Museum will say ‘we’ll gladly lend you something, provided that you, the British Museum, makes an unconditional commitment to return the Marbles’.”