The Pan-Lemnian Organisations came together in Melbourne over the Australia day long weekend for their annual gathering, and to discuss the future direction of the organisation 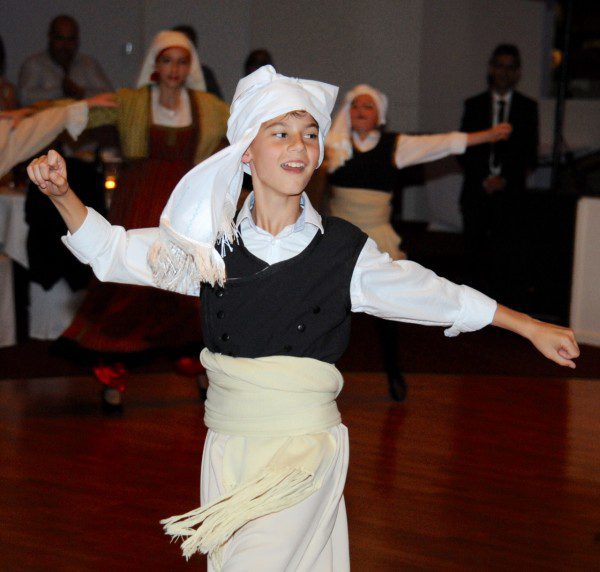 It was a weekend full of festivities for the Pan-Lemnian Organisations of Australia in Melbourne for the organisations’ annual gathering.

Hundreds of people turned out from all over the country, with twenty-two delegates from Sydney and over eighty from Adelaide arriving in Melbourne on the Australia Day weekend.

The gathering kicked off with a Saturday morning breakfast at the Lemnian Community of Victoria’s club rooms.

Over 150 people gathered at the Braeside venue, with organisers pleased to see many young faces present at the event.

The morning provided an opportunity for an official meeting, where committee members proposed ideas for the future direction of the organisations, including the re-writing of their constitution, the establishment of web pages or blogs for each community and the possibility of meeting more often throughout the year.

“If this meeting is any indication, then the organisation is in good hands,” said committee member Christina Despoteris.

Another significant discussion for the organisation in 2015 was the representation of the Pan-Lemnians at the commemorative services taking place on Lemnos for the centenary of Anzac Day in April later this year.

“The centenary of ANZAC will give us the opportunity to showcase our beautiful island to the world and give us a chance to re-write the history books to include the very special role that Lemnos played in the whole Gallipoli campaign,” said Ms Despoteris.

Following the morning’s events, the organisation came together late on Saturday evening for a dinner dance at Stars International reception.

Hosted by Ms Despoteris, guests were entertained by the Lemnian Dance Group of South Australia and Lemnian band Levendopeda.

“This evening we are here to be entertained, to enjoy each other’s company, to reminisce and to celebrate the history, the traditions and achievements of our wonderful organisation,” said Ms Despoteris, addressing the guests on the night.

“But more importantly to look to the future and see how the youth of today can be embraced so that they can one day take over and continue the work that has been done over so many years.”

Following the night’s events, guests made the most of the long weekend, with more than 450 people attending a BBQ at the club rooms last Sunday.