New Greece coach: “I believe in the potential of Greek football” 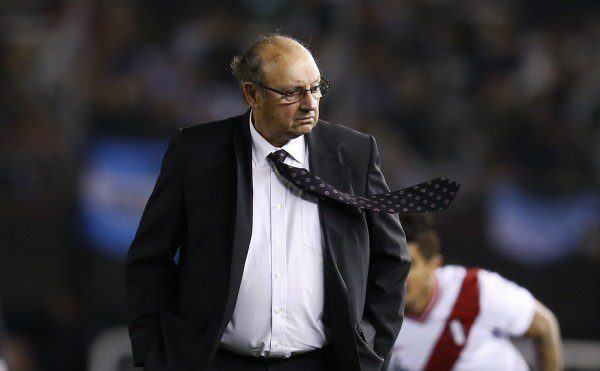 Sergio Markarian of Uruguay has been named Greece’s new national team coach, after the country made a disastrous start to its European Championship qualification campaign.

The Hellenic Football Federation said the 70-year-old Markarian was approved for the position late this week, formally replacing Italian coach Claudio Ranieri who was suspended after Greece lost 1-0 at home to the Faroe Islands last November.

EURO 2004 talisman and the current director of the Greek national team, Giorgos Karagounis, pushed for his appointment.

Markarián has been selected to coach the team until the end of Greece’s UEFA EURO 2016 qualifying campaign, with the contract to be automatically extended until July 2016 if he succeeds in steering Greece to the finals in France.

He said being appointed as national team coach is a “great honour” but knows there’s an uphill battle.

“We have a tough task ahead, but I believe in my ability and in the potential of Greek football,” he said.

“We will all do our best to achieve our aims, starting with our upcoming encounter in Hungary.”

Markarian, who has also coached the national teams of Peru and Paraguay, is well known to Greek fans, having spent six years at the helm of clubs Panathinaikos, Ionikos and Iraklis.

He impressed by learning the language and winning over his players, showing great tactical awareness.

Greece, which reached the second round of the World Cup in Brazil, is currently bottom of Group F in Euro qualifying with a point from four matches and travels to Hungary on March 29.