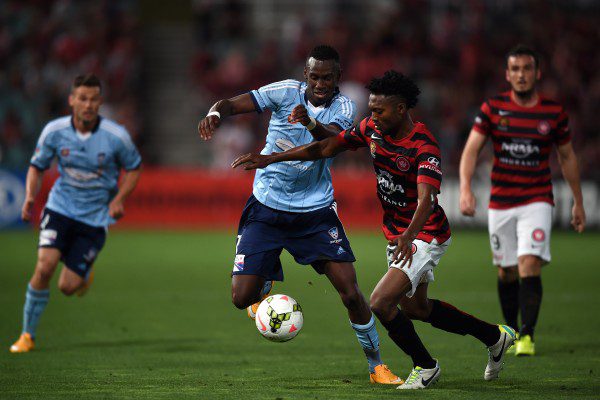 The Western Sydney Wanderers have a strange knack at getting results when they need them most.

Somehow they’re Asian Champions but last on the A-League ladder. On Wednesday they managed to secure the only Australian win in the ACL qualifying rounds, but just a couple of days before they fell 2-1 against Adelaide Untied.

It’s been a weird couple of months for Wanderers fans. Nothing is really certain for the club.

If you had to bluff at the result, Sydney FC would be the natural victors.

The team haven’t lost a match since December, albeit with a couple of draws in the mix too. They managed to claw back from a 3-3 draw with Melbourne Victory to smash through the Central Coast Mariners 4-2 last week.

Coach Graham Arnold says the team must remove all emotion to really have the upper hand in the derby.

“Form goes out the window when it comes to a derby,” he says.

Arnold says he’ll be expecting to come up against a re-energized squad despite the mid week travel.

Youth player Yianni Perkatis has been promoted alongside Antony Golec, Jaushua Sotirio and Mark Bridge, while Greek Australian goalie Dean Bouzanis is first choice again after he showed himself in the ACL campaign.