Even some German MPs think reparations should be paid

Gesine Schwan, a member of the Social Democrats (SPD) says ‘“we should make a financial approach to victims and their families’ 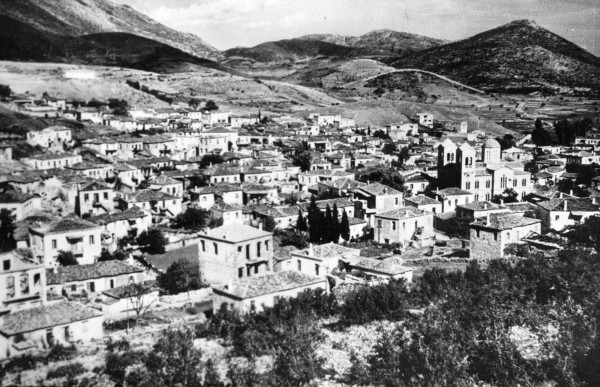 The Greek village Distomo, where a 1944 Nazi massacre took place, is seen in this undated file picture. (AAP via AP Photo/fls)

Several senior Social Democrats (SPD) and Greens have for the first time said Germany should consider paying reparations to Greece for Nazi crimes committed during World War II, breaking ranks with Angela Merkel’s government which has ruled this out.

Relations between Germany and Greece are deteriorating by the day as Athens tries to renegotiate its bailout terms and Berlin fears it will ditch previously agreed financial promises.

Leftist Prime Minister Alexis Tsipras, has accused Germany of using tricks to avoid reparations. One of his ministers raised the prospect of seizing German property to compensate victims of a Nazi massacre.

While Berlin says it has honoured its obligations, including a 115-million-deutschemark payment to Greece in 1960, some mainstream politicians have contradicted the government and say it is impossible to draw a line under the highly-charged issue.

“We should make a financial approach to victims and their families,” said Gesine Schwan, a respected member of the Social Democrats (SPD) who share power with Merkel’s conservatives.

“It would be good for us Germans to sweep up after ourselves in terms of our history,” she told Spiegel Online. “Victims and descendants have longer memories than perpetrators and descendants,” said Schwan, twice nominated as a candidate for German president.

Germany, keen to avoid setting a precedent by reopening the issue, argues that the 1990 “Two Plus Four Treaty” signed by then-East Germany and West Germany and the four World War II allies before German reunification drew a line under future claims.

In a chat show on ARD television on Sunday, Greek Finance Minister Yanis Varoufakis said it was about morals, not money.

“Personally I would be happy if one euro is paid. As long as there was a recognition that this moral debt has been settled,” he said, adding that he was speaking as an individual.

A further question hangs over an “occupation loan” forced on the Bank of Greece which some experts put at 11 billion euros.

Schwan said the occupation loan must “of course be repaid.”

SPD deputy chairman Ralf Stegner, representing the party’s left, said reparations should not be linked to the euro crisis.

“But independently, we must have a discussion about reparations,” Ralf Stegner told Spiegel Online. “After decades, there are still international legal questions to be resolved.”

Greens co-leader Anton Hofreiter said the issue could not be brushed off as it was “neither morally nor legally closed.”