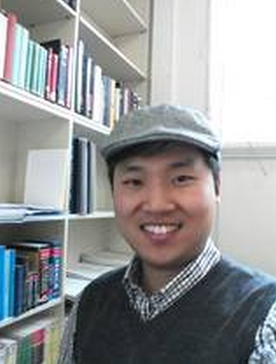 Hellenism’s impact on Asia and the Islamic world was the subject of the latest history seminar organised by GOCMV last week, with Seoul-born Dr Hyun Jin Kim revealing the lesser-known facts of ancient Greece’s relationship to Asiatic cultures.

In his presentation in Melbourne, Dr Kim unveiled the ‘heirs’ to the Greek political and cultural tradition were far beyond Europe’s borders – from the diffusion of Alexander romances in medieval Eurasia, to the impact of Hellenic traditions on India and East Asia, along with the fusion of Greek, Iranian and Indian cultural influences which gave rise to Gandhara Buddhist art.

The essence of his presentation was that the influence of Greek civilisation was never confined to Western Europe.

“The spread of Hellenistic culture into Inner Asia and India in the fourth to first centuries BC brought about a remarkable fusion of Asian and Greek cultures, which continues to impact on the lives of all Asians,” said Dr Kim.

“Even China, long thought to be isolated from the rest of Eurasia, was not immune to Greek influence. Greek culture was indeed the first global culture.”

The Oxford University-trained academic (now lecturing at the University of Melbourne) said that traditional ideas of Greek cultural influence being largely confined to Europe needed to be rethought.

“The civilisations of the world in recorded history never existed in splendid isolation. It wasn’t just medieval Europeans who eagerly embraced the Hellenic legacy of Alexander and his successors. In fact Islamised Alexander romances were being written all over the Muslim world during the Middle Ages.”

In a detailed and passionate account of the precedents set by ancient Greece to non-European and non-western cultures, Dr Kim spoke of the importance of the Classics and Greek history as “relevant not just to a few, an arguably ever-shrinking group of devotees in universities in Europe and the US, but to a potential future audience numbering – let’s say optimistically three billion – in Asia and Africa”.

Dr Kim said it was vital “to overcome the insularity that has far too often become associated with the Classics and by illuminating the interconnectivity of the Eurasian world in antiquity and the critical role of Greco-Roman civilisation within it, reiterate the fact that the Classics are relevant to the modern world, precisely because it is the heritage not just of the West but the whole civilised world of Eurasia”.