A question of faith

Father Leonidas Ioannou always knew he was meant for the priesthood, but in 2015, how many others are heeding the call? 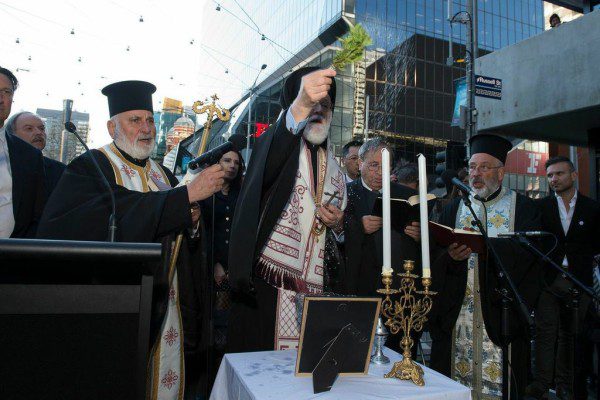 For some time, the Greek Orthodox Church has been experiencing an unprecedented shortage of priests to continue its ministry.

A priest’s position in society remains valid as a respected vocation, but what drives a young man in the 21st century to dedicate his life to God in the face of declining community participation?

Assistant parish priest Father Leonidas Ioannou (29) of the Church of The Presentation of Our Lord in Coburg, is not that different from every man his age.
Married with two children, he says he knew from the start that the priesthood was for him.

“Becoming a priest was a calling – not so much a decision. It was something I felt from a young age,” said Father Leonidas.

“I had a beautiful experience from about the age of five, I felt a strong pull towards the church – like a magnet.”

On migrating to Australia, his journey of faith continued, becoming an altar boy and attending his local church youth group.

“I just felt every time I was in church, that was where I was supposed to be,” he explains.

The eldest of six children, by the age of 10 he had already revealed to his spiritual father his desire to enter the priesthood.

“He encouraged me. He said, ‘if this is something you really like, you should be careful about how you live your life, because one day you may become a priest’.”

Before pursuing his calling, he went on to study visual arts and new media at Swinburne University, after which he worked as an iconographer.

It was his wife who finally encouraged him to pursue his dream, before enrolling at St Andrews Greek Orthodox Theological College.

“[It] formed me firstly as a person, and as an Orthodox Christian in ways I never thought could happen,” he says.

“The truth is, the day my wife wrote the letter to accept me being ordained, she signed me away to the church. I miss out on a lot of family time,” he admits.

“I try to take my daughter to school every day I don’t do liturgies, but I’ve missed out on a lot of my son’s life.”

Despite that, Father Leonidas feels he is where he belongs, and is concerned that there are not enough priests to go around.

“Orthodoxy is for all people – it is not limited to a particular cultural group. Here there is a need for young priests who know English and can relate to the next generation.”