The role of Australia’s nurses recognised 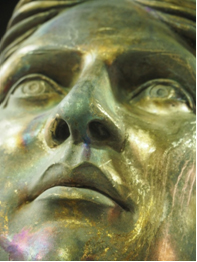 The event will take place at 11.00 am on Saturday 8 August 2015 – one hundred years to the day that Australia’s nurses arrived on Lemnos to care for the sick and wounded from the terrible fighting across the Aegean at Gallipoli.

The event will take place at the Lemnos Gallipoli Memorial site – Foote Street Square, Albert Park. The location is diagonally opposite both Albert Park Secondary College and the Gasworks Arts Village Precinct. The memorial statue will be unveiled in the presence of a number of descendents of nurses and diggers who served on Lemnos in 1915.

The memorial has been created by Australia’s pre-eminent commemorative sculptor, Mr Peter Corlett, OAM. Mr Corlett has created some of Australia’s most endearing and moving commemorative sculptures, such as Weary Dunlop in Melbourne’s Domain gardens, Cobbers at Fromelles in France, the Bullecourt Digger in France, Simpson and his Donkey 1915 in Canberra and the Australian Light Horse Memorial at Beersheeba, Israel. Information on these works is contained on Peter’s website – www.petercorlett.com/memorial.html

The Memorial Sculpture consists of two statues – one of a nurse and one of a sick or wounded digger – standing and resting on a stone plinth, that has been etched with the names of the villages on Lemnos visited by the Anzacs in 1915 as well as Lemnos and Gallipoli, in Greek and in English. The memorial statue site is complemented by an information board and flagpoles, the latter for commemorative events.

In designing the Memorial Sculpture, Mr Corlett has been informed by his passion for classical sculpture and the story of Lemnos and Anzac, assisted by historian Jim Claven, secretary of the Lemnos Gallipoli Commemorative Committee.

The committee has announced that the creation of the Memorial Statue is now on schedule for unveiling as planned on 8 August 2015.
Mr Lee Tarlamis, president of the committee, said that this was a proud moment not only for the committee but all interested in the further recognition of the role of Lemnos in the Gallipoli story and specifically the role of Australia’s nurses.

“For too long this aspect of Australia’s Gallipoli story has been either ignored or lightly treated.

“The vital role played by Lemnos as the forward base for the Gallipoli campaign, the care of Australia’s nurses and other medical staff for the wounded brought to the Island in great numbers from the peninsula and the support of the local population for the Anzacs and other Allied soldiers, has deserved better recognition.

Our new Lemnos Gallipoli Memorial Statue will form a long overdue lasting tribute to this service and the sacrifice of those 148 Australian soldiers who remain buried on Lemnos in its two Commonwealth War Grave Cemeteries.”

Mr Jim Claven, secretary of the committee, said that it was fitting that the memorial was being erected in Albert Park.

“Nearby Princes Pier witnessed the departure of the thousands of nurses and diggers for Gallipoli one hundred years ago. Its location near the waters of Port Phillip Bay resonates with the nurses and soldiers who served and were cared for on the shores of Lemnos’ great Moudros Bay.

“And nurses like Matron Grace Wilson and Nurse Clarice Daley who both served on Lemnos in 1915 have strong connections to the local area. Clarice returned to live in Elwood after the war with her husband Sergeant Ernest Lawrence, to whom she was married while on Lemnos. Corporal Albert Jacka, Australia’s first VC winner, served on Lemnos and returned from the war to serve as mayor of nearby St Kilda.

“Some associations are not so happy. Corporal George Knight, a local electrician, and Driver Ralph Berryman, a South Melbourne-born warehouseman, both departed from this area only to sadly die and be buried on Lemnos.”

Mr Claven added that the committee was particularly glad to welcome the descendents of a number of nurses and diggers who served on Lemnos in 1915, including those of Matron Grace Wilson, Nurse Daley and Sergeant Lawrence – amongst others.