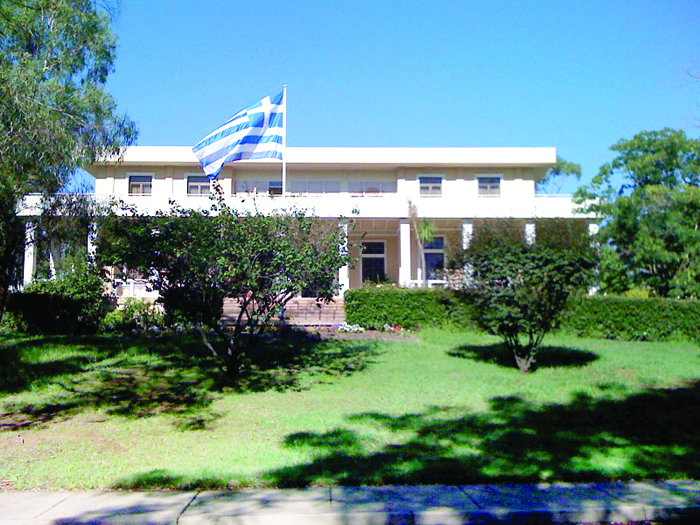 There will no Greek National Day of Independence in 2010.

The new austerity measures announced by Greece have raised significant questions about what impact the drastic cuts in public spending will have on the Greek Government services and programs offered to the Greek communities in Australia.

The Greek Deputy Minister for Industrial Relations and Social Security, George Koutroumanis has already raised the possibility of renegotiating the terms of the Social Security

Agreement between Greece and Australia. Mr Koutroumanis made the statement while appearing on the Diaspora TV program Odyssey on ERT’s Satellite station, without going into detail about Greek plans. Greece considers the agreement to be lopsided as there is a substantially greater number of people who are entitled to a Greek pension as opposed to an Australian one.

The Agreement was signed between the Greek Prime Minister Kostas Karamanlis and John Howard in March 2007.

A decision by the Greek Ministry of Foreign Affairs not to hold any official ceremonies to mark Greek National Independence Day on March 25 in its diplomatic missions across the globe is a sign of the dire economic circumstances in Greece. “As an indication of the severity of the situation there will be no official celebrations in Greek embassies and Consular Authorities around the world,” the Greek Ambassador in Canberra Alexios Christopoulos confirmed to Neos Kosmos.

“In moments such as these there is no room for holding receptions,” he further emphasised.

Unofficial reports also suggest that there will be no Greek dignitaries travelling to Australia this year to take part in Independence Day celebrations.

The slashing of 200 million euro of funding from the Greek Ministry of Education could also potentially affect the level of support provided by the Greek government for Greek language teaching in Australia.

The Greek government currently funds teachers from Greece to come to Australia to support the teaching of Modern Greek in primary and secondary and tertiary institutions across Australia.

Thirty two teachers from Greece are currently in Victoria and Tasmania alone, 10 more than were sent here by the Greek Government last year.

Given the significant cutbacks across the board in public spending the number of Greek teachers who work overseas could come under the scrutiny as the Ministry seeks to find the necessary saving. At this point no specific announcements have been made about where the cuts will be made.

Questions also arise about what impact the austerity measures will have on the Council of Hellenes Abroad (SAE). SAE currently receives all of its funding from the Greek state.

The signs do not portend well given the Greek government has already decided to disband the General Secretariat of Hellenes Abroad and to transfer its responsibilities to the Deputy Minister of Foreign Affairs.

Experts believe that this signals that SAE is ‘on notice’.

“Nobody knows what’s going to happen with the restructuring of the Hellenes Abroad portfolio as there haven’t been any official announcements yet,” a SAE official said to Neos Kosmos, while declining to be named.

“However, with the Greek government looking to cut fat from spending it’s quite possible for SAE’s funding to be dramatically downsized,” this official added.