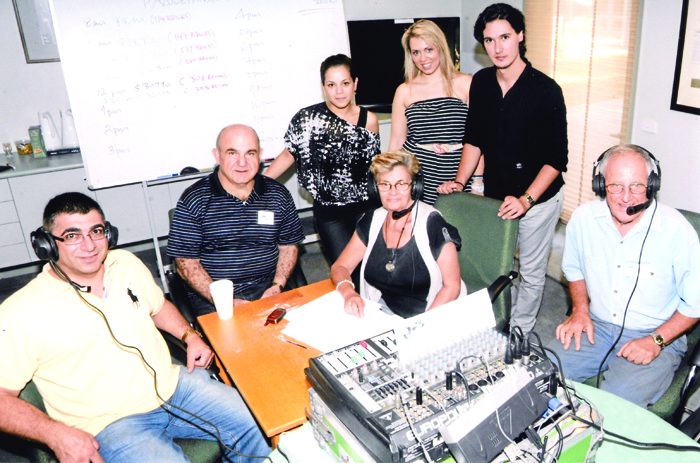 Some of the radiothon team.

The President of Fronditha, George Demetriou, expressed his deep appreciation for the overwhelming support shown by the Greek community for the Fronditha’s Radiothon on Saturday.

$80,340 was raised by the radiothon which took place with the co-operation of Radio 3XY.

Fronditha had managed to raise over $10,000 before the Radiothon.

All funds raised through the 2010 Radiothon will be going towards the expansion of Anesi in Thornbury turning it into a 120 bed facility at an estimated cost of $13 million.

The expansion will include of a 30 bed Dementia Unit. Fronditha’s CEO, Ms Penni Michael, said, “There is clearly a need for Dementia specific placements in the Northern Metropolitan region. This expansion is vital to the ageing population, taking into consideration the predicted incidence of Dementia tripling in the next thirty years.”

Fronditha will be borrowing a significant portion of the funds required.

The demolition and preparation of the land is now almost complete with the building set to begin in May. The construction is set to be completed within 18 months.