Tsiolkas up for top literature prize

Winners will be announced on Wednesday 11 November 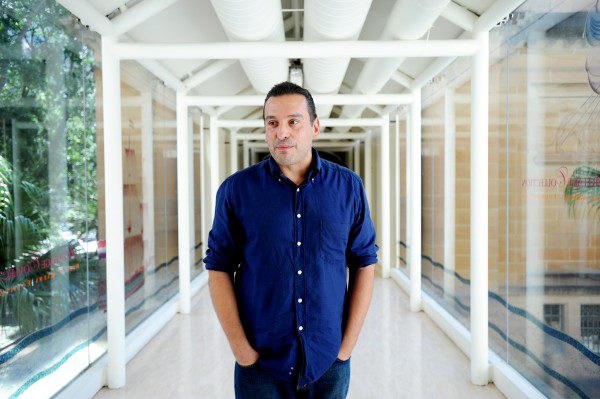 Christos Tsiolkas has been shortlisted for this year’s Melbourne Prize for Literature. Photo: AAP/Tracey Nearmy.

Finalists for the Melbourne Prize for Literature 2015 and Awards were announced this week and include author Christos Tsiolkas.

The award is made to a Victorian author whose body of published work has made an outstanding contribution to Australian literature and to cultural and intellectual life.

Considered one of Australia’s most prestigious arts prizes, with a $60,000 reward, Melbourne Prize Trust executive director Simon Warrender said the five authors shortlisted were chosen from a strong field of entrants across all genres and career stages.

“The finalists in this year’s Melbourne Prize for Literature 2015 and Awards are a testament to Victoria’s literary capacity, creativity and our reputation as a vibrant literary centre,” said Mr Warrender.

Also shortlisted are Steven Carroll, Brenda Niall, Chris Wallace-Crabbe and Alexis Wright. The Melbourne Prize for Literature is complemented with three other awards: a $20,000 Writers Prize is being offered to an author of an essay with Victoria or Australia as part of its subject matter, and the Best Writing Award 2015 will be given for a published work of outstanding clarity, originality and creativity.

A Civic Choice Award, with the winner receiving $6,000, is also up for grabs and will be decided by an open online vote at www.melbourneprize.org

Winners will be announced on Wednesday 11 November.