Never give up in the face of adversity

Following a diagnosis of leukaemia, Peter Adamis – ex-ADF soldier, blogger, trainer, and social commentator – writes about coming to terms with the disease and the fight ahead Flowers for a beautiful woman. Yovanna has stood by my side for 15 years.

A Greek-born Aussie veteran who embraced Australian values considers the alternative and his latest challenge. The title itself is an enigma and I find it ironic that this is my first article since being advised I’ve been diagnosed with acute leukaemia. I am officially classified as B-Cell Non Hodgkinson Lymphoma (Unspecified). Why then even consider the alternative, when the possibilities are numerous and the word ‘hope’ is still refusing to leave Pandora’s Box.

Throughout life I’ve endeavoured to be an encourager rather than a discourager. After a lifetime of broken bones, car smashes, crushed vertebrae, broken noses through boxing, operations, emotional scars, infections, three heart attacks, severe depression and surviving disasters, I’ve not been afraid of making that final transition from a physical body to one of a spiritual energy. I have always been a risk-taker; first as a young street fighter struggling to survive as an immigrant, to 30 years with the Australian Defence Force, raising four beautiful sons and married to a wonderful woman who assisted in developing me into a person beyond my wildest dreams.

I write this with an open mind to the possibilities, and dreams yet unfulfilled and to face what challenges I have left with a cheeky grin on my face. I am no hero. I am an ordinary bloke who had the good luck to have been surrounded by some of Australia’s most brilliant minds and who, in their wisdom, recognised my potential by reshaping my aggressive behaviour and channelling it into the right direction.

Am I pissed off? You bet I was; wondering why the bloody hell I did to get the bastard rogue cells so pissed off at me. I searched for answers on many levels and on each level the answers were elusive as ever. I chuckled to myself when the doctor said I had acute leukaemia. My response was: “You can’t win them all and she’ll be right.” The doctor said “you’re taking it surprisingly well” and my response was, “I’m not afraid to die and in any case, what’s the alternative”. I was only hurt emotionally when I heard my lovely wife’s voice crack over the phone and could hear her sobs.

Stopped off at my favourite barber and had a haircut and trimmed the beard. I thought about my old mate ‘Ned’ Norman Kelly (who passed away in the mid-1980s from the same ailment) and the effects of his passing upon the battalion in Brisbane. Ned was my third son’s godfather and it was a shame to hear of his enlistment into the big jungle patrol upstairs. I thought of another mate, Kostas Nikolopoulos, a past deputy editor of Neos Kosmos, who succumbed to his illness. I thought of my military mates who had also gone before me on their final journey and their private battles with the big C. While I had those brief moments alone, my concerned wife came home, hugs and kisses and in no particular fashion, packed some personal items and we made our way to emergency at the Austin Hospital some 15 minutes away.

My holiday within the confines of the isolation unit named ‘the bubble’ was not lost among the labyrinth of subterranean tunnels, corridors, rooms, offices, nuclear, radioactive, x-ray and non-invasive machinery; cluttering these abodes were fascinating to say the least.

I enjoyed being wheeled around and pampered.

The first diagnosis, with normal blood tests, indicated acute leukaemia; a nasty and aggressive form which had attacked the spleen, blood, chest, kidneys, liver and bone marrow. I didn’t know I had so many bloody organs let alone malfunctioning ones.

The second test indicated Mantle Cell Lymphoma which is incurable. The third test was a complete and welcome surprise that the diagnosis was now Diffuse Large B Cell Lymphoma – DLBCL which was treatable and potentially curable. A fourth diagnosis indicated B-Cell Non Hodgkin’s Lymphoma (unspecified). They injected me with so much toxicity that if I stumbled, and when drops of urine somehow made it to the floor, staff had to wear protective gear to clean up the spills.

All of this time fluids and chemicals were being injected through a medical device called a PICC (Peripherally Inserted Central Catheter), which is a tube inserted into the superior vena cava through a peripheral vein.

Some drugs made me run to the toilet, others incapacitated me. One scared the daylights out of me as I reacted badly; part of chemotherapy commonly known in medical circles as R-CHOP.

They gave me the R-CHOP and at one stage I was hyperventilating, shuddering, trembling, [and] feeling of immense cold and stress on the heart. While I was freaking out the doctor and the nurses quietly went about their routine as if it was nothing unusual. Additional drugs calmed the body down.

At that moment of trembling, a massive death of rogue-cells was occurring, and giving the body a chance. As a result of my poor reaction to the drug, I was given the weekend off in bed and bombarded again with the same drug the following Monday.

I was overwhelmed by it all and became rather emotional. 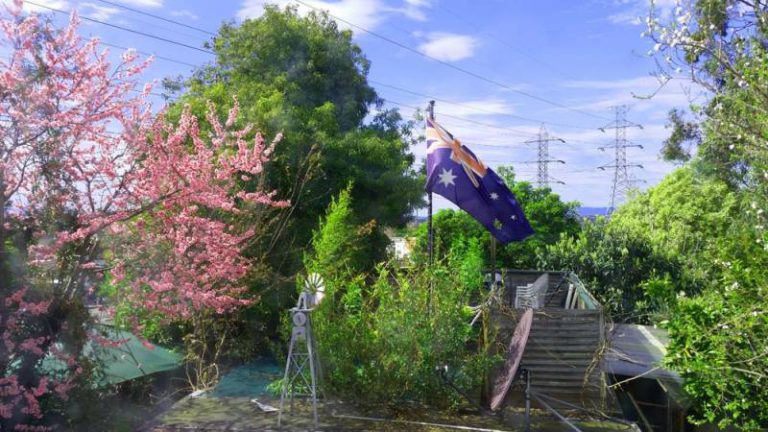 At one stage one of my favourite nurses came in, looked at me, put her hands on her hips and said: “Now listen, Pete, you don’t look the best. Are you fine psychologically?”

I said “yes, I can handle it no bloody worries”.

She said “well if you need to talk let us know”.

As soon as she left the room, I had a vision of me hanging on [an] olive tree with my dad saying, “Never give up”. I just broke down. The nurse came and we had a long chat. I no longer wanted to be that strong person. I needed to reach out for help but the bloody thing is that I did not know how.

I did reach out; to an ex-military mate who helped me cope, and that was Phil Buttigieg, whose origins were from Malta.

I don’t know why I selected Phil but he shared with me that he had also experienced being gravely ill and that he had memorised a poem when he was in hospital. It was by Rudyard Kipling. My favourite verse is this:

“If you can force your heart and nerve and sinew
To serve your turn long after they are gone,
And so hold on when there is nothing in you
Except the Will which says to them: ‘Hold on!”

In memory of cobber Digger mates who have battled and fought cancer I wrote the following poem from the heart, early in the morning, and I shared it on
social media.

The Cancer Warrior Within
O warrior within, let thy battle begin
Fight those demons that
dwell within
Unfurl the flag and ready
the lancers
Let fly the shot like a deathly dancer

Hold on and hold fast your values and the will to live
Against all odds survive your cancer and have more to give
Warrior within, let thy battle begin and fight your
cancer within
Cherish and live long enjoying your life from now on in

We now reach the point where a decision is made to allow me to go home. The effects of [the treatment] is that the immune system is depleted to almost zero, which effectively bars any contact with visitors. The first night, I did not want to come home, despite all the good work my wife had done. I was and continue to be irritable at times; I was used to the hospital routine and felt unease at home. On top of all that, I became angry, aggressive in my behaviour as I wanted to be independent and not a burden to others. I had always prided myself on not having to rely on others.

Slowly but surely I became used to the idea of being home and back into a normal routine as much as I could. Those who have gone through the experience will know that the following side effects are normal, such as: vomiting, lethargy, forgetfulness, tingling of fingers and toes, infections, weight and hair loss, irritability, anger, depression, grief and moments of being on a roller coaster.

At one stage, my lovely wife and I went for a walk around the block and I asked that I be left alone while I walked to the local shops. She said that she wanted to go with me and as normal couples do, a robust discussion took place before I went off by myself, stubborn as ever.

What my wife didn’t know is that I wanted time to purchase a gift and card for her as our 15th year’s anniversary
was approaching.

I wish to pay a very special tribute to my lovely wife, Yovanna for her support and I love you very much. To my boys, David, Paul, Matthew and Mark, thank you for being there. To my political cobbers, mates, and the Australian Hellenic community, I thank you.

To my committee of management at the Pallaconian Brotherhood – Leonidas, I thank you and embrace you, as Aussie Laconians who during my presidency never wavered in their support, and for being there for me when I needed you.

To those who gave me support, encouragement and the courage to keep going, I can truly say that your blood is worth bottling. We now face another four months of the same treatment and one can only look out for the worst and hope for the best.

* This is an edited extract from an article Peter Adamis wrote earlier this month published online.