A program packed with drama and suspense from classic and new big screen gems adds up to what promises to be the most impressive Greek Film Festival to hit our shores in a long time.

With the return of the Greek Film Festival to five cities (Adelaide, Brisbane, Canberra, Melbourne, Sydney), this year is expected to bring some old friends and new favourites to the big screen.

It will also bring a world premiere on 14 October, one week before the Alex & Eve official release date on 22 October.

To commence the program, the long awaited film version of the successful screen play Alex & Eve will open the festival in both Melbourne and Sydney.

The Sydney Greek Film Festival will be the film’s debut, as apart from being the movie writer’s hometown, it is a melting pot of multiculturalism.

Alex Lykos wanted to write a story which crosses the delicate nature of religion and culture, and which can only serve to highlight a core strength of Sydney.

Peter Andrikidis, the award winning director of the film, knows full well the concept of multiculturalism (Wildside, Underbelly, False Witness), himself having a mixed background with his mother’s Irish ancestry and his father born in Alexandria to Greek parents.

That element of cross-cultural heritage made it easier for Peter to direct a film which includes the young talents of Perth-born Andrea Demetriades, the charismatic veteran Tony Nikolakopoulos and the ageless Zoe Carides. 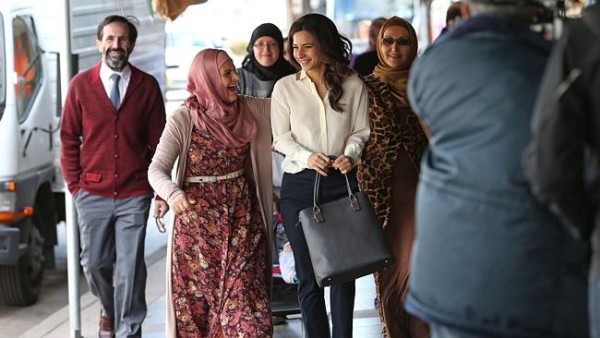 Andrea, who plays the Lebanese Muslim Eve, has made a name for herself as an actress appearing in Blind Date and Crownies, whilst Tony and Zoe play the Greek parents; these are some of the most acclaimed actors Australia has produced.

Add to the mix Richard Brancatisano as a Greek Orthodox man and you have a cast that will have the audience engaged and thinking about intercultural relationships.

The feedback from the set has been that the chemistry between Andrea and Richard is sure to bring back memories of Scott and Charlene (Neighbours).
The play was originally a massive hit Australia-wide, with 28,000 people attending.

The transition to cinema from theatre has been a dream of the creators of the original play, led by Alex and his Bulldog Theatre Company and long-time collaborator Elena Stamoulis.

Having written the screenplay and taking a small role in the film, Alex is now making the exciting jump from the stage to the big screen.

What makes this new endeavour worthwhile is the chance to tell his story and entertain a larger audience.

When I caught up with Alex recently he told me he once briefly met someone who was a Lebanese Muslim; leading to the idea to explore cross-cultural interactions via stage.

The film will once again explore the dynamics between a Greek man and a Muslim girl, a nod to the evolution of multiculturalism in Australia.

It is certainly a long way from the traditional Greek town or village many of our parents left behind many years ago, where a similar relationship would have been unheard of.

The film raises questions that would be pertinent in any society where religions and cultures differ dramatically. How would you raise your children, would one of them convert, what food will be eaten at dinner?

Alex told me that the original play was “rejected by every theatre company that I approached. Rather than be discouraged, I made sure it was a success”.
“We had a good connection with the audience with a core group coming back to see us over the years.”

Now that audience and connection will make a big splash at the Greek Film Festival and the local box office. 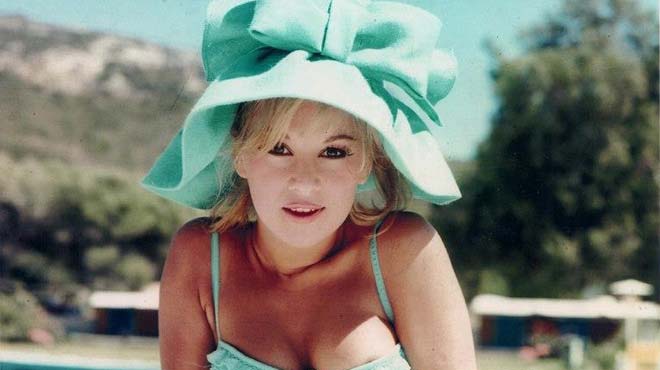 Another welcome addition to the festival, which will run from 10 October until 1 November (Sydney/Melbourne), will be the film screenings of Aliki Vougiouklaki masterpieces.

Anyone who grew up in Australia in the 1970s-90s would have had that family moment when you sat down to your VCR to watch the charismatic Aliki.

How we all pine for those simple times, when Greece was just a beautiful image and a song and dance on the screen, a period of Greek cinematic history where magic seemed to flow.

This year, the Greek Festival has brought back five Aliki favourites that will touch all generations. Our own original Penelope Cruz, Aliki is a favourite that will endure the test of time. Along with a matinee screening, Aliki will be a star attraction at the festival.

And for those who are too young to know about Aliki, just ask your parents or grandparents and they will beam with pride as they count the moments that they watched an Aliki classic.

One of the great aspects of the 2015 Greek Film Festival is that there are more international themes and cultures being explored.

Along with an array of Greek and Cypriot offerings, this year sees the introduction of a brilliant documentary from the internationally acclaimed Yorgos Avgeropoulos who brings us Agora from Democracy to the Market, a must-see film about contemporary Greece captured through his lens; an Israeli/Greek Film (Magic Men) and even a short film from London made by emerging director Basil Genimahaliotis (Brutus vs Caesar: Winner Takes London).

The festival is made possible with the support and sponsorship of Delphi Bank who continue to see the importance of Greek cinema taking the grand stage in Australia.

With the festival being held for nearly three weeks each year, it has become one of the largest of its kind in Australia.

Sydney representative Nia Karteris told Neos Kosmos: “Ten years ago I’d say the festival was a local Greek community event, but the calibre of the movies has made it as much for the wider community.”

Organisers are also very much focussed on engaging with non-Greek Australians, sharing not only cinema treats, but Greek culture in the occasional post-screening Q&A session.

Yet again, another unique feature of the Greek Film Festival across Australia.

* Billy Cotsis is a freelance writer and short film director.