It took quite a leap of faith to open an upmarket Cretan-themed restaurant in the conservative leafy eastern suburbs of Melbourne. But the gamble seems to be paying off for Angie Giannakodakis and her partners at Camberwell’s Elyros.

Just over a year after opening its elegant, light-filled dining room in a lovingly-restored Art Deco building in Burke Rd, Elyros has earned a coveted place in the 2016 The Age Good Food Guide.

With a score of 14/20, Elyros was one of the highest-ranking Greek restaurants in Melbourne. Describing the vibe as “groovy, grown-up Greek”, the guide highlighted Elyros’ emphasis on quality seasonal cuisine and go-to dishes such as goat, snails and octopus.

Elyros was destined to impress, given the pedigree and lofty ambitions of Giannakodakis and her co-owners Guy Holder (her partner at Carlton’s one-hat Epocha) and former Epocha manager Disa Dimitrakakis.

While Giannakodakis, who won last year’s AGFG Service Excellence Award for her trademark hospitality, was thrilled that Mediterranean-focused Epocha held on to its hat this year, the nod to Elyros was a particular and personal source of pride. Elyros is both homage to her (and Dimitrakakis’) Cretan roots and a realisation of her vision for Greek cuisine. “We wanted to elevate the cuisine and the whole dining experience, where the space and presentation is beautiful, and the flavours are familiar,” says Giannakodakis.

Since opening last September last year, Elyros has been drawing locals and curious diners from across Melbourne with its upscale take on Cretan cuisine.

Elyros was greeted with a spate of gushing reviews from leading food reviewers, excited about dishes such as the apaki (smoked pork loin with capers), tender petimezi-marinated octopus, and the slow-cooked, juicy lamb. Dining at Elyros certainly gives you a sense of occasion, not least because of the stylish surrounds, with marble-topped tables, black Georgian chairs made in Greece and backlit Cretan urns lining the bar. Little flourishes like the dried herbs in the breadbaskets and distinctive hand-made Cretan knives add to the charm.

But it’s the food that really shines. Elyros balances the flavours of Crete with top quality Australian produce, adding a refined and skillful touch to traditional dishes and ingredients.

The kitchen is run by Spyros Vrakas and Vasilis Kourtidis, who worked in fine dining restaurants in the UK and Athens before coming to Australia for stints at The Press Club and Hellenic Republic.

Some dishes may stray too far from the original, while others – like the fava – hit you with flavours channelling you straight to Crete. The kalitsounia are made to Dimitrakakis’ mother’s recipe. Dictamos, Crete’s endemic aromatic mountain herb, is used in dishes like the pork belly. Standout specialties include regional specialties such as the omathies (liver and current sausage).

An evolving, produce-driven menu is guided by the principles of Cretan cooking – using fresh, local, quality seasonal ingredients (there is no freezer or microwave) and draws on the island’s preserving traditions. The emphasis is on seasonal organic, free-range grass-fed meats, sustainable produce and foraged ingredients.

“We have three people foraging for us so we have fresh greens and vegetables for us and we have them fresh at our door,” says Giannakodakis.
“I won’t put dakos on the menu until we have fresh, local tomatoes. 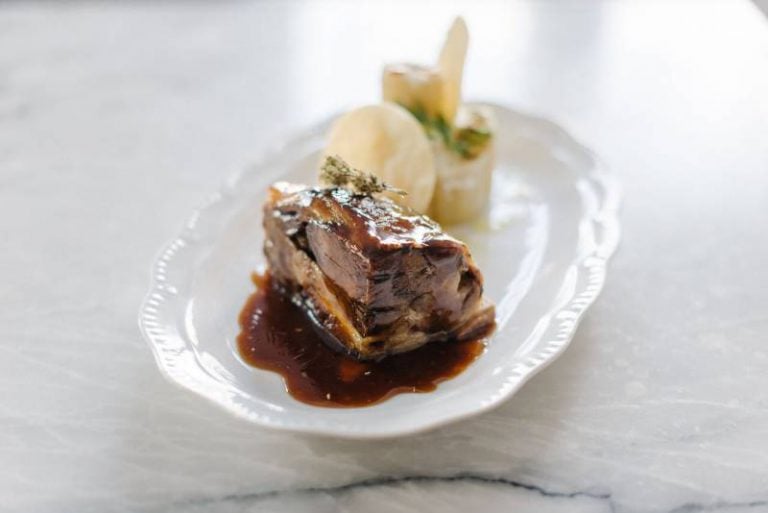 It’s the way it’s done in Greece. If it’s not in season they don’t use it; it just makes sense.”

Giannakodakis’ passion for Greek wine and her sommelier background is reflected in the wine list.

Since her days at George Calombaris’ first incarnation of The Press Club, Giannakodakis has made it her personal mission to change preconceptions about Greek food and wine.

Giannakodakis says working at Grossi Florentino was a big eye-opener – seeing the Grossis embrace Italian food culture and take it from rustic to fine dining made her determined to break Greek cuisine out of the taverna mould.

“I remember 25 or 30 years ago, going Italian used to be La Porchetta, but when I think about Italian food I think of Florentino’s or Café Di Stasio and other institutions.”

Making the leap with Greek food has been a challenge. Giannakodakis was livid when a Herald Sun reviewer raved about the food, but baulked at the prices charged for “peasant food”.

“Every other cuisine has come from street or peasant or regional food … no one was doing nouvelle cuisine in their village in Italy,” says Giannakodakis

“If everyone thinks Greek cuisine is just tavern food that’s sad for us.” 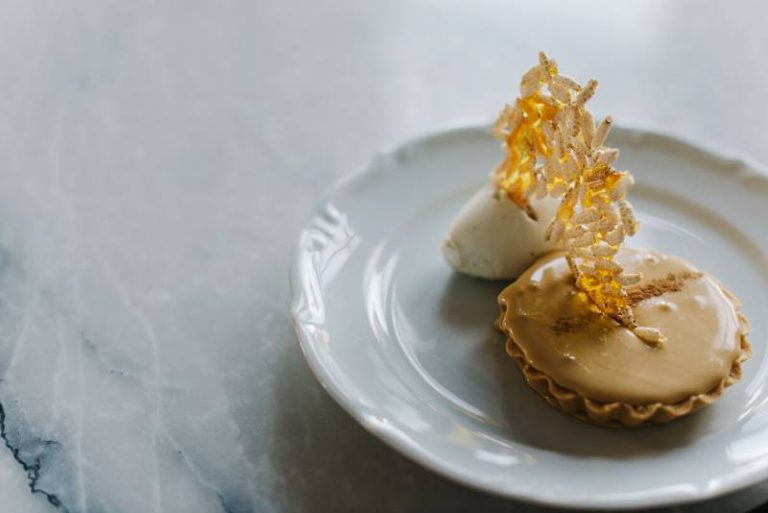 On her recent trip to Crete, she was inspired by creative Cretan cuisine exemplified in places like Kritmon in Arhanes, Peskesi in Iraklio and Prima Plora in Rethymno.

Translating that vision for Melbourne’s eastern suburbs has proved a challenge.

“We have had some stumbling blocks,” she concedes. “The first six months a lot of people did not understand what we were doing. People came in with preconceived ideas about what they were expecting us to have. We didn’t have souvlaki or mixed platters or saganaki … it was not the Greek that they wanted.”

But Elyros is finding its groove. While Giannakodakis is grateful for the validation and kudos that comes with recognition in The Age Good Food Guide, she is pleased that Elyros has also been embraced by many Cretans as well as locals.