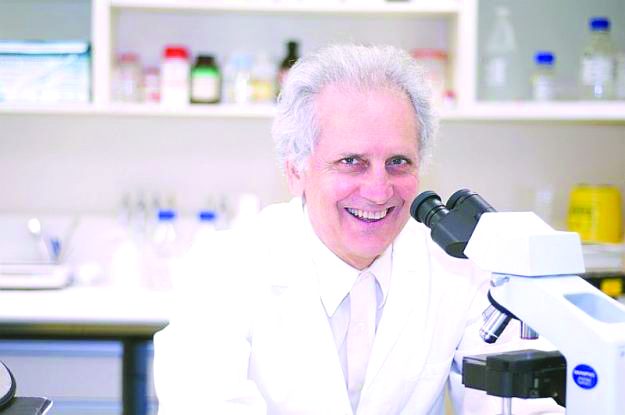 Acclaimed neuroscientist Professor George Paxinos AO is among ten leading researchers who were honoured for their work in this year’s NSW Premier’s Science and Engineering Prizes.

The award ceremony took place at Government House in Sydney on 7 October.

Professor Paxinos claimed the top prize in the category of Medical Biological Sciences (cell and molecular, medical, veterinary and genetics).

Newcastle’s laureate engineering professor Scott Sloan won Scientist of the Year, receiving a trophy and a $55,000 cash prize, while eight other esteemed professionals were recognised for excellence in their fields of specialisation and each awarded a prize of $5,000.

Held annually since 2008, the purpose of the institution is to honour science pioneers for their contribution and raise the community’s awareness of their work.

“The Premier’s Prizes for Science and Engineering are about celebrating our incredibly talented scientists and engineers, who, through their innovation, collaboration, resourcefulness and impact, have contributed to major advances in our well-being and economy,” said NSW Premier Mike Baird.

After finishing high school in Ithaca, Professor Paxinos received his BA in Psychology at the University of California and his PhD at McGill University, followed by a postdoctoral year at Yale University.

In 1994 he moved to Australia and continues his academic work as Senior Principal Research Fellow at Neuroscience Research Australia and Professor of Psychology and Medical Sciences at the University of NSW.

The first book he authored, in collaboration with Charles Watson, titled The Rat Brain in Stereotaxic Coordinates holds a place among the most cited scientific texts of all time.

He has since then published 160 research papers and 45 books on the structure of the brain and spinal cord of humans and experimental animals.