Marble head discovered at the ancient Greek site. Photo released by the Greek Ministry of Culture.

A team of archaeologists, working on the acropolis at the foothills of Feneos have excavated the ruis of an ancient Greek healing temple, which includes several huge statues at an altitude of 750m.

The asclepion (a healing temple sacred to the god Asclepius) was first discovered in 1958 and between 2007 and 2014, however in September the Corinth Archaeological Service revealed more findings.

The team found the main part of the sanctuary dates to the 2nd century BC as announced by the Greek Culture Ministry. In the main room, there is an inscribed pedestal on which two statues stood – Asclepius and Hygeia sculpted by Attalus. 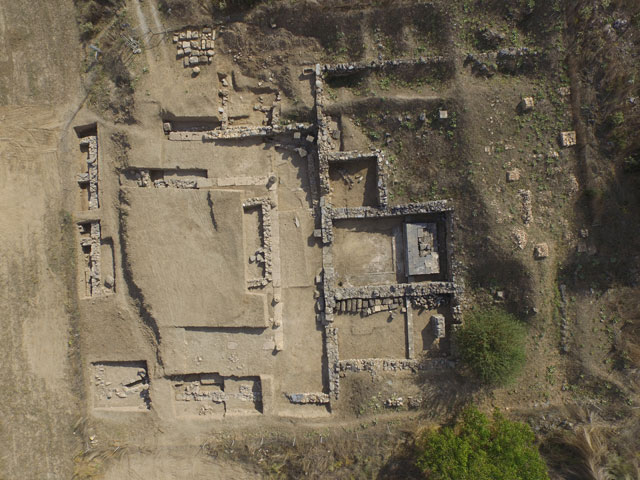 Asclepius, the god of medicine, is seated and is three times the size of a normal person. His daughter, Hygeia, was standing upright beside him at twice normal size. In the centre of the hall there is a mosaic floor with geometric shapes, guilloches and meanders.

In a second room, north of the main hall, there was a podium that would have had two bronze statues standing on it. all replaced by stone. In front of the podium was a marble offering table prior to a south located room of unspecified function. The outdoor courtyard was plastered with colourful mortar , forming a ‘P’ shape via ramp surrounded by lion head gutters, leads to the sanctuary’s main entrance. 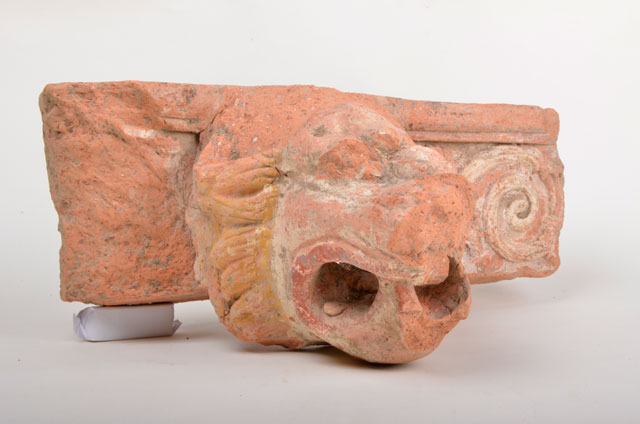 Eve though the first part of the sanctuary, is estimated to have been built towards the end of the fourth century BC, the main part of the building was completed 2 centuries later.

At the time, the main hall was completely reconstructed and converted to an imperial worship site after suffering an earthquake.