A high-camp homage to silent cinema and the ultimate queer hero, The Prince of Darkness

“WELCOME TO MY HOUSE. COME FREELY.
GO SAFELY; AND LEAVE SOMETHING OF THE
HAPPINESS YOU BRING. ”
– Bram Stoker

This take on Dracula will delve deep into the cinematic history of horror – from Bela Legosi to Gary Oldman, Buster Keaton to Catherine Deneuve, and a soupçon of Nosferatu.

With excessive eyeliner and popcorn machines, the play is bound to fill the stage with bawdy desire and gory glory.

Katie Sfetkidis, one of the principal members of the company, is lighting designer on the show. She started working on theatrical productions straight after graduating from the Victorian College of the Arts in 2007. 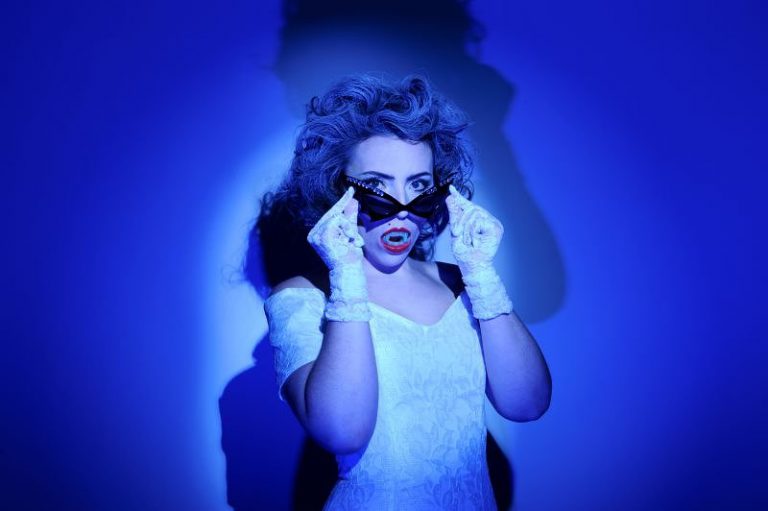 Dracula is her sixth show with Little Ones and director Stephen Nicolazzo in seven years.

“The show is made by the designers and actors who jointly help shape the story,” Sfetkidis tells Neos Kosmos.

“It’s a very atmospheric play and the way it is staged demands a lot of precision.”

What is different about this contemporary Dracula stage play is the lack of prose. As there’s no talking on the show, the story is told through sound and lighting, as well as a series of imposing, scintillating images.

“There are elements of physical theatre and choreography,” Sfetkidis says, adding that the plot unravels through a dark and retro-style shadow-play.

“The lighting becomes really important in the way you use images and shadows to create the overall atmosphere needed to tell a certain story a certain way.”

The company has looked at many different cinematic references to the Dracula myth throughout several periods.

“What I found most challenging was the way imagery and lights can be used to accentuate the horror, the drama and gothic aspect of the show.

“We have input our own understanding of the story to stage it in a more contemporary light, so we have made a few ‘surprise’ changes,” she adds. 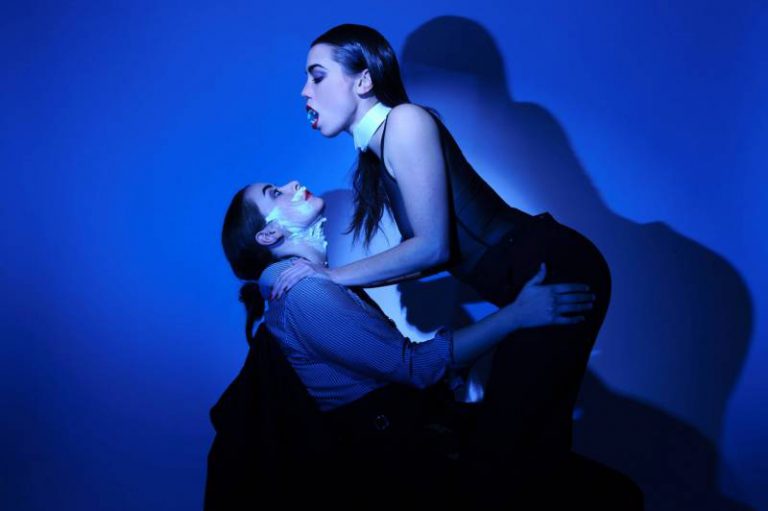 Katie Sfetkidis is about to start working on a Sydney Chamber opera show in December, to be staged in January.

“At the moment I’m focusing on Dracula, which is a project we have been working since January,” she enthuses.

“I will go to the theatre on Monday to finalise everything. We are all very excited and hope it’s as successful as our previous ventures.”

Renowned for its high-quality and risqué independent theatre, the company’s production of Dangerous Liaisons sold out in Melbourne at the MTC’s 2014 Neon Festival and broke box office records at the 2015 Darwin Festival, while previous award­-winning productions Psycho Beach Party, The House of Yes and Salome were loved by audiences and critics alike.

“In our return to Theatre Works, Little One Theatre’s world premiere of Dracula will recreate the silent film experiences of the early 20th century, live on stage with a queer bent,” Nicolazzo said.

“We promise coffins, sequins and plenty of blood in our homage to a terrifying, seductive, lascivious and romantic monster.”

Dracula is a queer hero, a being devoid of gender identity and sexuality (and life) but who pursues love, eroticism and – most importantly – an ability to suck and reconstitute desire and power.

Neither living or dead, Dracula is a monster both terrifying and seductive. Like Lucifer, Dracula is a dissident; sacriligous, damning and profane. He is defiant of patriarchal power (God) and is forever cursed as the archetype of damned immorality. Vampirism is a metaphor for the pursuit of endless, eternal desires. Vampiric mythology explores, not just the pursuit of blood, but the eternal pain of mortal sins and the lust to feed. Dracula is neither monster nor human, male or female. A horror and a beauty. A being that commands both terror, insatiable desire and deep respect.

Little Ones Theatre will present a new theatrical event that will recreate the silent film experiences of the late 19th century live on stage. Live musical accompaniment. Shadow play. Title cards. Excessive eye-liner. Physical comedy. Popcorn machines.
Fangs. This is Dracula like you have never seen it before. A high-camp extravaganza inspired by the cinematic evolution of one of literature’s most intriguing queer figureheads.

The play premieres on 30 October and will be on until 14 November, from Wednesday to Saturday at 8.00 pm (Theatre Works, 14 Acland Street, St Kilda).

A preview performance is scheduled for Thursday 29 October at 8.00 pm. Little Ones Theatre has also arranged for a special Halloween performance on 31 October.

For bookings and further information go to www.theatreworks.org.au or phone 03 9534 3388.