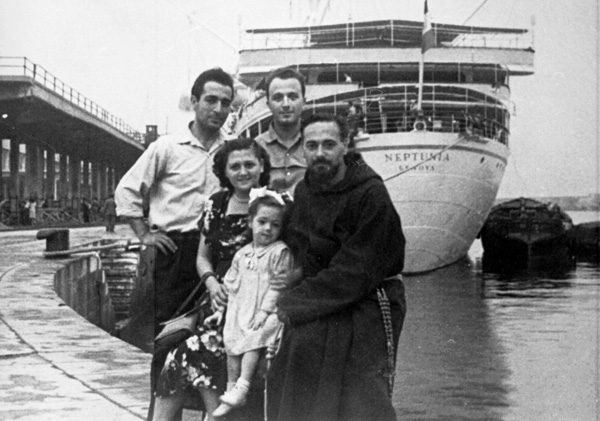 The word “assimilation” is to many a negative concept and has been misused by players immersed in the game of misinformation. The word “integration” on the other hand has an opposite effect and is far more attractive to new migrants and to those seeking to become Australian citizens. Why is this so one may ask? The answer is a simple one if we as citizens truly put aside our differences of opinion and look at the view it from an objective point of view.

Assimilation on the one hand appears to a migrant contemplating becoming an Australian citizen that they would have to give up all of their traditional values, ethics, faith way of life and most of all lose their identity of who they are and where they come from. While integration on the other hand, to a migrant considering becoming an Australian citizen means to embrace to the nation’s laws, institutions and values without losing one’s traditional cultural values, faith or where they came from.

Many would agree with me that the word multicultural has been hijacked and misused by those seeking to benefit from a benevolent and tolerant society. This negative use of multiculturalism has created a schism within Australian society, causing normally tolerant citizens to choose sides in a “battle of the minds”. The more the media “beat-up” and or misleading statements by the players involved goes further to crate undue anxiety that will sooner or later erupt in a violence that can have irreversible consequences.

I wonder whether the players involved are aware of their insidious involvement and what their actions may spawn. I say this because, I for one consider myself one of those “normally tolerant citizens” willing to embrace new cultures that contribute to the “security, economic stability, interests and longevity” of this nation we call home – Australia. However having said that, does not mean that I am a saint, have infinite patience, over tolerant or better still believe that I am immune from being influenced one way or another.

I must admit that I as young teen growing up in Prahran-St Kilda region that life was not easy but we made the best of it by integrating with our neighbours and at the same time retaining or Hellenic identity at home.

I guess on reflection I am blessed to have as my very best friends’ individuals ranging from one end of the world to another irrespective of their cultural and religious beliefs. Such has been my life experiences, a life full of challenges that brought me face to face with differences that I could never imagine and thus enriched my understanding of others living amongst us.

This brings me to the point of whether we as “citizens” have a duty first to this nation of ours, to humanity outside our borders, to a higher authority such as the United Nations, or to a higher order that has yet to appear or surface. I am of the belief that every citizen no matter what nation he or she has decided to call home has a responsibility to ensure that the nation’s “pillars” of “security, economic stability, interests and longevity” comes first and foremost above all other considerations. Family, faith, culture, traditions, are not outcasts but are firmly embedded within those nations “pillars”; surrounded by a world that is full uncertainty, diminishing resources and invasion of privacy as we who grew up as baby boomers once enjoyed.

Now after a period of some 70 years immigration, this nation is coming to grips with entirely new phenomena, one that did not have the means, resources and ability to raise its ugly head above the parapet. Today we are subjected via the media information relating to racist attacks on innocent people by individuals who would under normal circumstances not react. This is nothing new and it will continue to occur whenever newcomer whose culture is alien to our western way of life. Australia has not been immune from the ills of the world, but it does have a responsibility to its people first and then to wider global community.

I honestly believe that all individuals can live harmoniously together in peace side by side without the need to resorting to violence or threats of assimilation, by integrating cultural and traditional values that are compatible with Australian values ethics and its laws and way of life. Faith is a personal experience and should not be part of the equation as integration means living within a society that has the freedom to worship ones creator whoever that may be and without losing one’s identity or where they originated from.

Again I find it ironic. At this point I am quite sure that I too will be attacked for my opinions by all sides who wish to point some error in my analysis. However whatever the case may be; my point of view does have its genesis based on a life time of extraordinary life’s challenges and I am quite sure that sanity will prevail in the end. Remember that “multiculturalism” as a word is merely a journey to becoming an Australian citizen, nothing more and nothing less.

If the Greeks, Italians, Asians, Indians like their brethren Anglos/Saxon and Gaelic cultures can do it, so can those who are of the Islamic faith. I have enormous faith in Australians of the Islamic faith and it is up to them to come to terms with the Australian way of life, not the other way round. This article is dedicated to all my friends that I have known throughout life, whether they are of the Islamic, Judaic, Christian and/or other forms of faith. Tolerance and commonsense are virtues that need to be cultivated at all times. That is the Australians way and that is the journey I have taken.

*Peter Adamis is a Journalist/Social Media Commentator and writer. He is a retired Australian military serviceman and an Industry organisational & Occupational (OHS) & Training Consultant whose interests are within the parameters of domestic and international political spectrum.