Take a glimpse at the anticipated film, packed with laughs 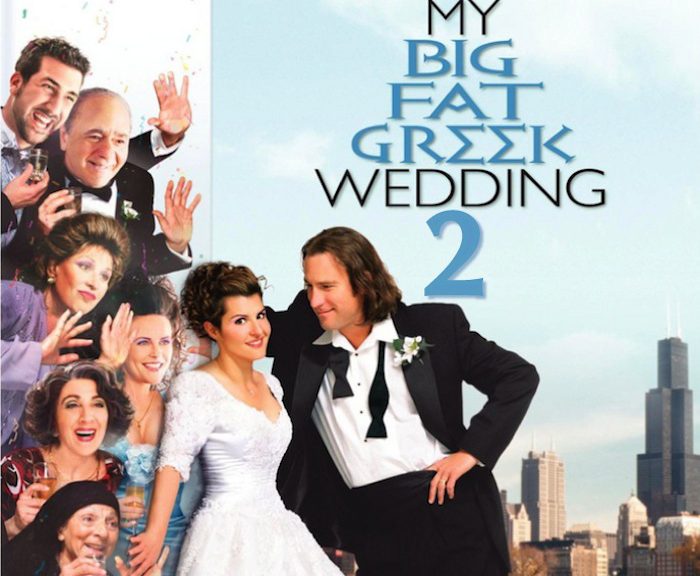 Nia Vardalos is set to return to the big screen, in a sequel to the much loved film My Big Fat Greek Wedding.

The highest grossing romantic comedy to date, it’s no surprise the trailer has been so well received, with fans delighted with Vardalo’s new material.

My Big Fat Greek Wedding 2 sees Fotoula ‘Toula’ Portokalos played by Vardalos and Ian Miller played by Corbett, years after their marriage, with the addition of their teenage daughter.

Paris, played by Elena Kampouris, is in the midst of preparing her university applications, but to her mother’s dismay, all the institutions Paris is applying for are nowhere near home.

In the midst of the teen’s struggle to deal with her extended Greek family, Toula’s parents encounter a dilemma of their own: they’re not officially married.

Upon realising their priest failed to sign and officiate their wedding certificate, Maria declares herself to be “a hippie!”

So now there’s another big fat Greek wedding to prepare for, and though the trailer only shows a snippet of what is to come, there are many hilarious moments.

Despite the original film’s overwhelming success, grossing US$240 million in North America alone, the actress and screenwriter says she took her time for the sequel, until it felt right.

“The reason I didn’t want to do the sequel is because at the end of the first one, I had written that we were parents,” said Vardalos.

“And in reality, I was not a parent. Even though I make stuff up, I couldn’t write from a place of emotions that I didn’t know.”

But in 2008, the 53-year-old and her husband, actor Ian Gomez, adopted a little girl of their own giving her first-hand experience at parenthood and inspiring the much-anticipated sequel.