A view of the A-League from the far west

Perth Glory CEO Peter Filopoulos speaks out on the A-League 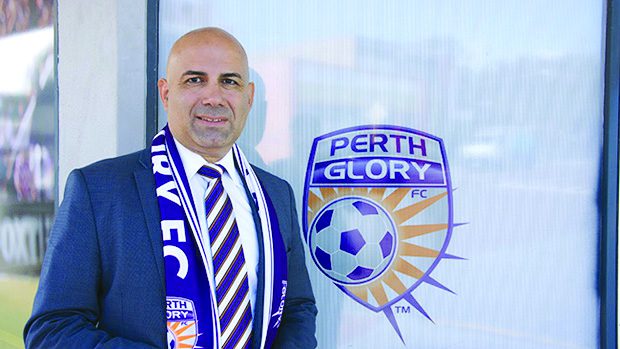 As the A-League fan boycotts of the last two weeks have stirred the embers of discontent among fans and clubs, a number of club CEOs and chairmen have weighed into the public discussion and offered advice to the FFA about what it should do to improve the A-League.

Perth Glory’s Peter Filopoulos is one such club CEO who has presented his views on the state of the game in general, and the A-League in particular, in a lengthy blog article titled ‘They know we are coming’, published earlier this week.

‘They’ in the title refers to the other sporting codes alarmed by the growing popularity of soccer.
A former CEO at South Melbourne, Filopoulos left football in 1999 to take up various roles at AFL, Etihad Stadium and Swimming Australia before returning to the game after a 15-year absence to take up the Perth Glory CEO position at the beginning of this year.

“What plagues the A-League is the absence of a strong and clear strategy for the competition,” says Filopoulos.
“What’s our vision for the A-League and what do we want the competition to look like and more importantly what are the key pillars to the strategy that will help achieve this vision?”

He expresses the concern that while his club, Perth Glory, now has a four-year strategy in place, and the FFA is currently working on developing its new strategy for the game overall, in this country, the A-League “is only a component of the overall strategy”.

Filopoulos says that it’s now time to develop a vision and aspirational strategy for the A-League through involvement of all key stakeholders. The vision and strategy should encompass all facets of the league including “expansion, financial sustainability, commercialisation, corporate governance, broadcast, digital, marketing, marquee players, venues, fan engagement, etc.”

Filopoulos is new to the A-League, having been appointed as Perth Glory’s new CEO in the wake of last season’s salary cap scandal which engulfed the club and derailed its season.

Filopoulos says Glory has experienced frustration in its attempts this year to recruit young talent from the NPL, and in his blog he advocates the introduction of a second-tier national competition to help accelerate the transition of young talent into the A-League, by providing stronger competition than they currently have, playing in individual state by state NPL leagues which dilute the talent pool.
Contrary to many other proponents of a second-tier national competition, Filopoulos doesn’t advocate promotion and relegation between the A-League and second-tier competitions.

However, it’s difficult to understand how such a second-tier could survive financially given the difficulties a number of A-League clubs have in sustaining themselves at present. Without the incentive of promotion, clubs may be reluctant to invest financially in such a league, and the competition amongst those clubs in the league is also likely to be less intense without the prospect of promotion.
* Filopoulos’ article can be read in full at peterfilopoulos.com